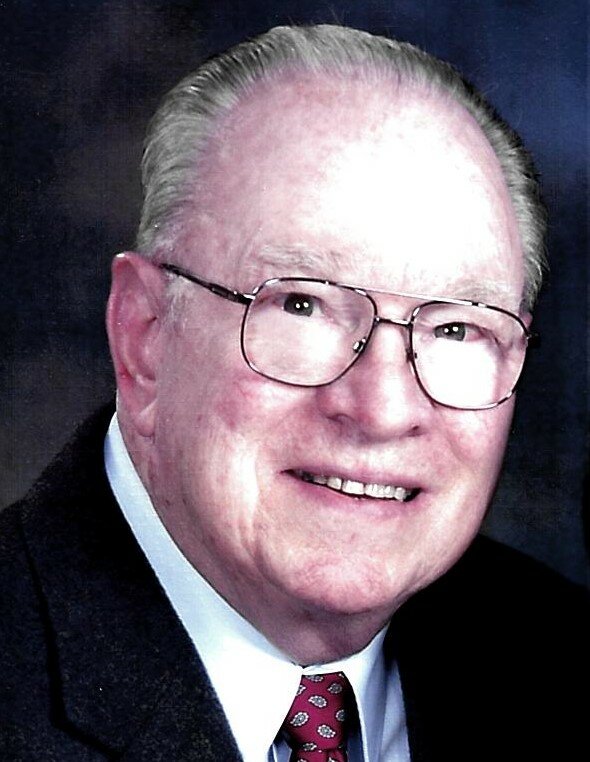 Harry W. Starr III, 89 of Carlinville, IL, passed away Saturday afternoon, October 15, 2022, at the family farm. Harry was born July 9, 1933 in Carlinville, IL, a son of Harry W. and Mattie Eversull Starr. Harry graduated from Carlinville High School with the class of 1951 and attended Washington University in St. Louis, Missouri. He was a member of the Sigma Nu fraternity and graduated with a Bachelor of Science in Business Administration in 1955. At the time of graduation, he earned his gold bars and commissioned as a second lieutenant in the Reserve Officers Training Corps. Then in 1956 he graduated from the Army’s Anti-aircraft, Artillery, and Guided Missile School at Fort Bliss, Texas. While stationed in Milwaukee, Wisconsin, he met Elisabeth Katherine Eberbach and they were married on February 23, 1957. After completing his military obligation, Harry and Betty returned to Carlinville, IL to focus on the family business, Starr Brothers Incorporated. Harry and Betty had two sons, Harry IV and Carl. Harry was instrumental in the founding of the Carlinville Country Club in 1960 and served two terms as Blackburn Board Secretary. He continued his community involvement by serving on the Carlinville Economic Development Corporation and the board of Carlinville Area Hospital. In addition to the community, Harry had a strong passion for genealogy. For decades, he worked tirelessly researching and documenting the entire family history, often reaching back hundreds of years. His hard work and dedication can be viewed in the library of binders that fill his office. Harry has been described by those who knew him as a man of faith, who has a strong commitment to his family and country. He recognized the importance of honor and character, which he valued his whole life. Harry was preceded in death by his parents, brother, Howard Starr, and daughter-in-law, Vadena Starr. Harry is survived by his wife, Elisabeth "Betty" Starr, sons, Harry W. (Dena) Starr, IV of Carlinville, IL and Carl E. Starr of Carlinville, IL, grandchildren; Bryan (Paige) Starr of Carlinville, IL, Ryan (Jodie) Starr of Carlinville, IL, Nathan (Laura) Starr of Carlinville, IL, Ashley (fiancé: Joey Schoen) Starr of Bloomington, IL and nine great grandchildren. A visitation will be held on Wednesday, October 19, 2022 from 4:00 to 7:00 pm at the Carlinville United Methodist Church at 201 South Broad. Funeral Services will be conducted on Thursday, October 20, 2022 at 10:30 am at the Carlinville United Methodist Church with Rev. Jeremy Henson officiating. Burial will follow in Mayfield Memorial Park Cemetery in Carlinville. Memorials may be made to Carlinville Area Hospital or Carlinville United Methodist Church. Please visit http://www.davisandersonfuneralhome.com to leave condolences or light a candle in his memory. Davis-Anderson Funeral Home, Carlinville is in charge of arrangements.

Share Your Memory of
Harry
Upload Your Memory View All Memories
Be the first to upload a memory!
Share A Memory