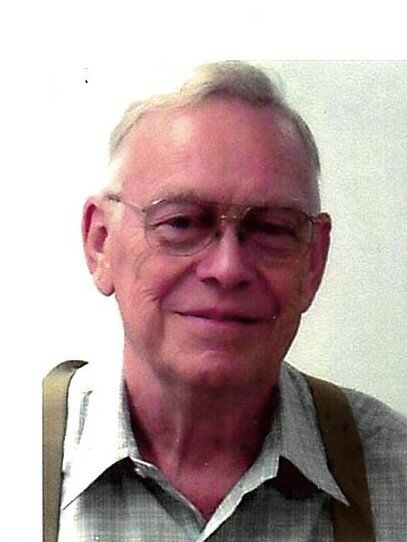 Please share a memory of Merlyn to include in a keepsake book for family and friends.
View Tribute Book
Merlyn R. Ashbaugh, 90, of Girard, passed away Monday morning, January 16, 2023 at Heritage Health Care in Carlinville, IL. Merlyn was born on February 2, 1932 in Waverly, IL. He married Eleanor (Angelo) Hinman, and she passed away in 1975, then he married Jo van Zwanenburg, and she passed away in 2007. On November 21, 2015 he married Marcia (Reiher) Rhodes in Carlinville, IL. Merlyn attended Waverly schools, and later graduated from barber college. He was a barber for ten years, and then became an electrician, operating his own business for fifteen years in Girard. He retired in 1992 at the age of sixty. Merlyn was a Past Master of the Masonic Lodge in Girard/Virden, was in the Shrine Bugle and Drum Corp for thirteen years, Palmyra Eastern Star, and Antioch Mountain Boys. He belonged to two model A car clubs, and has rebuilt three model A cars. He also enjoyed riding his Harley-Davidson motorcycle. Merlyn is survived by his wife Marcia; two daughters, Becky (Steve) Woodworth of Winchester, IL, and Carol Redpath of Alexander, IL; son, Gary Ashbaugh of Springfield, IL; two step-daughters, Linda Hebart of Madison, WS, and Lori (Nate) Kolsto of Carlinville, IL; step-son, Scott (Mary) McKaig of Maryville, IL; 5 grandchildren and 4 step-grandchildren; several nieces and nephews. Merlyn was preceded in death by parents, James Fredrick and Elsie Mae Ashbaugh; 3 brothers, Austin, Chester, and Clyde Ashbaugh. There will be no visitation. Graveside funeral services will be held on Tuesday, January 24, 2023, at 11:00 am at the Waverly East Cemetery in Waverly, Illinois with Rev. Ken Lovely, officiating. Memorials are suggested to the Girard Fire and Rescue. Davis-Anderson Funeral Home in Girard is in charge of arrangements. Online condolences can be given at www.davisandersonfuneralhome.com.
To send flowers to the family or plant a tree in memory of Merlyn Ashbaugh, please visit Tribute Store
Tuesday
24
January