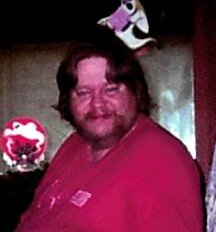 Please share a memory of Jacke to include in a keepsake book for family and friends.
View Tribute Book
Jacke Lynn Golbricht, Sr., 66, of Carlinville, passed away Thursday afternoon, January 12, 2023 at Missouri Baptist Hospital in St. Louis, MO. Jacke was born on September 29, 1956 to Melvin and Frances (Cannady) Golbricht in Red Bud, IL. On November 7, 1984 he married Susan Thompson in St. Louis, MO. Jacke graduated from Sandoval High School with the class 1975. Shortly after high school, Jacke enlisted in the US Navy and was assigned to the USS Coral Sea. After serving his country, he worked several jobs, including World Color Press in Salam, IL, where he was a machine operator, cooking at Jack's Back restaurant in Carlinville, and was a salesman and delivery driver for Rent-A-Center in Carlinville. Jacke enjoyed listening to classic rock music and watching wrestling. He enjoyed spending time with his grandsons and being with his family. Jacke is survived by his wife Susan; three sons, R.J. (Kayla) Thompson of Rochester, IL, Jacke L. Golbricht, Jr. of Carlinville, IL, and Brandon Golbricht of Carlinville, IL; 2 grandsons, Leylyn Golbricht and Oliver Thompson; several nieces and nephews. Jacke was preceded in death by his parents, Melvin L. and Frances LaHoma Golbricht, brother, Thomas Golbricht, and brother, Gary Golbricht. There will be no visitation. Memorial services will be held on Monday, January 23, 2023, at 11:00 am at Camp Butler National Cemetery, Springfield, IL. Memorials are suggested to the Macoupin Center for the Developmentally Disabled. Davis-Anderson Funeral Home in Carlinville is in charge of arrangements. Online condolences can be given at www.davisandersonfuneralhome.com.
To send flowers to the family or plant a tree in memory of Jacke Golbricht, Sr., please visit Tribute Store
Monday
23
January