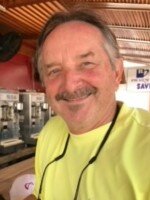 Please share a memory of Steve to include in a keepsake book for family and friends.
View Tribute Book
Stephen Mark Glosser, 73 of Carlinville, Illinois formerly of Charleston, Illinois passed away Wednesday afternoon, November 2, 2022, at Carlinville Area Hospital unexpectedly. Stephen was born February 17, 1949, in Charleston, IL, a son of James and Wilma Connelly Glosser. Stephen graduated from Charleston High School with the class of 1967 and Eastern Illinois University with a degree in political science. He married Janis Marsh Winters on July 22, 2005 in Las Vegas, Nevada. . Stephen retired in 2013 from Pekin Insurance as a multi line insurance adjuster. Steve enjoyed tennis, traveling, debating politics, grandkids, and telling jokes. He will be missed by his dog Kya. He bragged about having the "triple curse", Cubs, Bears, and the Illini. Stephen was preceded in death by his parents, brothers; Jim and Jerry Glosser and sister, Sybil Mullins. A Celebration of Steve's life will be held later. Stephen is survived by his wife, Janis of Carlinville, IL, stepdaughter, Kristi (Pat) Drew of Carlinville, IL, stepson, Scott (Amber) Winters of Greenfield, IL, step-grandchildren; Colton Winters of Dow, Illinois, Rory and Peyton Drew, of Carlinville, Illinois, Mason and Braleigh of Greenfield, Illinois and a nephew, John Glosser of Phoenix, Arizona. Memorials may be made to Public Broadcast System or Eastern Political Science Department. Please visit www.davisandersonfuneralhome.com to leave condolences or light a candle in his memory.
To plant a beautiful memorial tree in memory of Steve Glosser, please visit our Tree Store

Look inside to read what others have shared
Family and friends are coming together online to create a special keepsake. Every memory left on the online obituary will be automatically included in this book.
View Tribute Book
Services for Steve Glosser
There are no events scheduled. You can still show your support by planting a tree in memory of Steve Glosser.
Plant a tree in memory of Steve
Share A Memory
Plant a Tree