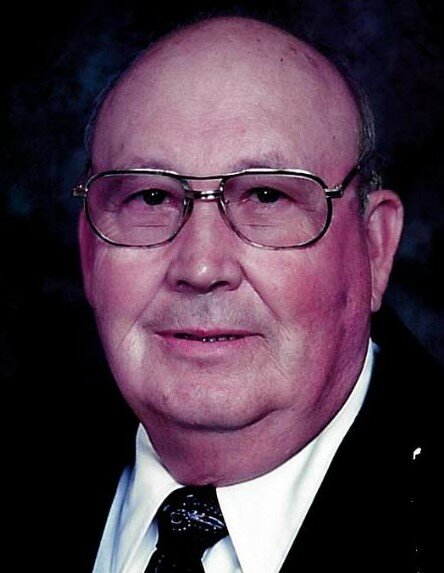 Please share a memory of Dan to include in a keepsake book for family and friends.
View Tribute Book
Daniel R. Cook, 96 of Carlinville, Illinois passed away at his home surrounded by his family, Thursday morning, October 27, 2022. Daniel was born on October 9, 1926 to Walter and Mary (Hartman) Cook. Daniel married Lois Vance; April 24, 1968 in Hillsboro, Il. Daniel is survived by his wife; Lois of 54 years. His son; Ronnie Cook of Carlinville, daughters; Janice Schwartztrauber of Hope, Arkansas, Vickie (Steve) Shaw and Danette (Jeff) Stewart of Carlinville; daughter-in-law, Glenda England. 11 grandchildren; Debbie Cook, Sandy Breckel, Robert (Diane) Lair, Victor England, Tammy (Jim) Chism, Daniel Cook, Janet (Chris) Templeton, Brendan (Carly) Stewart, Barry Stewart, Tyler Shaw and Corin Stewart, 12 great-grandchildren and 7 great-great grandchildren, sister; Lucy (Bob) Gideon of Mechanicsburg, Illinois and brother; Donnie (AnnaLou) Cook of Fairbault, MN. Daniel is preceded in death by his parents, 12 siblings; Thomas, Arthur, James, Wilbur, William, Walter, Charles Cook, Ida Humphrey, Elta Truax, Marion Emerson, and Sarah Cook, son; Vernon England, daughter in law Margie Cook, son in law Roy Schwartztrauber, great granddaughter Katie Cook and granddaughter Shannon James Cook. Daniel grew up in rural Edinburg, IL and joined the Army where he proudly served our country in WWII. After the service, he farmed and worked for Fiat Allis for many years. He later became an owner operator/truck driver and received recognition after 25 years of service for his safety and was honored in the Million Mile Club. He retired in 1994. Daniel enjoyed mowing, camping, fishing, mushroom hunting, following sporting events that involved his grandchildren, and tinkering in the garage. His pride and joy was his family. After retirement they found their winter home in Zapata Texas, which they enjoyed for many years. Daniel was a member of the Guy Baird American Legion Post #554 and a member of Emmanuel Baptist Church. A visitation will be held on Monday; October 31 2022 from 9:00 to 11:00am, at Emmanuel Baptist Church in Carlinville. Funeral service will be held Monday at 11:00am at the church with Rev Cliff Woodman officiating. He will be laid to rest at Prairie Lawn Cemetery, in Carlinville. Memorials are to be made to Emmanuel Baptist Church or the American Legion Post #554. Please visit www.davisandersonfuneralhome.com to leave condolences or light a candle in his memory. Davis-Anderson Funeral Home, Carlinville is in charge of arrangements.
To plant a beautiful memorial tree in memory of Dan Cook, please visit our Tree Store

Look inside to read what others have shared
Family and friends are coming together online to create a special keepsake. Every memory left on the online obituary will be automatically included in this book.
View Tribute Book
Services for Dan Cook
There are no events scheduled. You can still show your support by planting a tree in memory of Dan Cook.
Plant a tree in memory of Dan

Share Your Memory of
Dan
Upload Your Memory View All Memories
Be the first to upload a memory!
Share A Memory
Plant a Tree