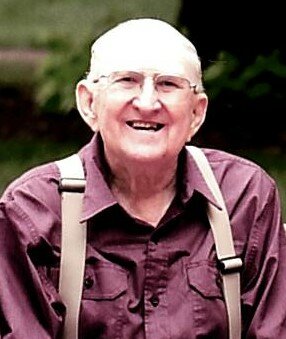 Please share a memory of Bill to include in a keepsake book for family and friends.
View Tribute Book
William A. "Bill" Harding, 86 of Carlinville, Illinois passed away Wednesday evening, September 21, 2022, at his residence. Bill was born July 5, 1936, in Scottville, IL, on a very hot day of 102 degrees, a son of John Texas and Hazel (Stewart) Harding. Bill graduated from Carlinville High School with the class of 1954. On September 7, 1957 he married the love of his life, Lucille Quarton at her parents residence in rural Palmyra, IL. Bill moved with his parents and siblings at the age of 11 to the family farm west of Carlinville. He continued farming with his brother Jim after their father passed. He began working off the farm for the United States Postal Service in 1957 and was promoted to Postmaster in 1979, retiring from that position in 1992. Bill and Lucille purchased Laurel Hill School in 1961 and built their forever home on this site where they raised their family. After retirement from the farm, Bill and Lucille started their own candle business, Country Candles and Crafts. Where they not only made and sold candles out of their home, but enjoyed traveling to craft shows and never knowing a stranger. Bill continued with his public service by being elected to the Macoupin County Board in 1994 and just resigning from that position in January, 2022. Bill also served as the Bird Township Supervisor from 1993-2020. Bill was a faithful and devoted servant to Charity Baptist Church. During that time, he served in many capacities such as Trustee, Deacon, Sunday School Director, and whatever role needed to be filled. He was also able to participate in mission trips to places such as Haiti to dig wells even as late as the summer before he was diagnosed with Multiple Myeloma on December 1, 2013. Bill fought Multiple Myeloma 8 years, 9 months, and 21 days, never complaining and never questioning God's reasoning. Bill was a constant and faithful servant until the day he passed. He was prayer warrior like no other who would drop anything to pray for anybody. Bill was preceded in death by his parents, wife, Lucille Harding, September 1 2020, great grandson, Christopher William Kelley and brother, Jim Harding. Visitation will be held on Monday, September 26, 2022, 4:00 to 7:00 pm at Charity Baptist Church, rural Carlinville, IL. Funeral Services will be conducted at 10:30 am, Tuesday, September 27, 2022 at the church with Rev. Curt Ebert. Burial will follow in Charity Cemetery, Carlinville. William is survived by his daughter, Cheryl (Gary) Canavan of Carlinville, IL, son, Gary William (Jaylena) Harding of Carlinville, IL, daughter, Anne (Nate) Langham of Greenville, IL, 9 grandchildren, 12 great grandchildren and another great granddaughter to be born in November, 2022, brother, Kendell (Janet) Harding of Carlinville, IL, sister, Pat Pinick of Blue Springs, MO, Sister in Law Geneva (Jim) Frankford, Sister in Law, Ida Mae Leach, Brother in Law Robert (Valerie) Quarton, and several nieces and nephews. Serving as pallbearers were; Joshua William Harding, Joshua Edwards, Chris Kelley, Greg Crabill, Nick Crabill, Teddy Langham, Ethan Willman, Daniel Edwards and Lucas Langham. Memorials may be made to Charity Church. Please visit www.davisandersonfuneralhome.com to leave condolences or light a candle in his memory. Davis-Anderson Funeral Home, Carlinville is in charge of arrangements.
To send flowers to the family or plant a tree in memory of Bill Harding, please visit Tribute Store
Monday
26
September