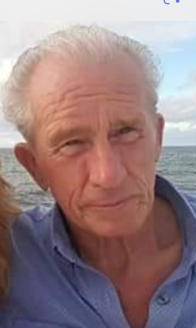 Please share a memory of Russell to include in a keepsake book for family and friends.
View Tribute Book
Russell Rhodes, 81 of Carlinville, Illinois passed away Tuesday morning, August 23, 2022, at his residence with his daughters holding his hand. Russell was born January 28, 1941, in Carlinville, IL, a son of Samuel and Alice (Crays) Rhodes. Russell graduated from Carlinville High School with the class of 1959. He married Wilma Cadmus on September 30, 1960 in Kemper, Illinois. Russell worked for Illinois Power (Ameren) as a gas foreman for many years. He was well known for his hard work and ability to use a shovel and dig a hole quicker than none other. He was always an avid outdoorsman who enjoyed fishing, hunting, wood working and searching for arrowheads. After retiring he was able to do what he loved most, which was spending time with all his Grandson’s and wife Wilma, who adored and admired him greatly. He taught them all he knew and spent countless hours with them enjoying the same interests he had. He was a member of Charity Baptist Church. Russell was preceded in death by his parents, wife, Wilma Jean Rhodes, sister, Norma Lewis and brother, Charles Rhodes. Visitation will be held on Sunday, August 28, 2022, 4:00 to 7:00 pm at Charity Baptist Church, in rural Carlinville. Funeral Services will be conducted at 10:30 am, Monday, August 29, 2022 at Charity Baptist Church, Carlinville with Gary Harding officiating. Russell is survived by his daughters, Karen (Lynn) Etter of Carlinville, IL, Joanne (Randy) Albert of Carlinville, IL, and Pam (companion Randy Titsworth) Rhodes of Divernon, IL; 5 grandsons, Zach (Ellen) Etter, Travis (Layli) Albert, Ross (Whitney) Albert, Caleb (Kenzie) Spangler, and Collin (Whitney) Spangler; seven great grandchildren; brothers, Samuel Rhodes of Carlinville, IL and Chet Rhodes of Marshall, MO; several nieces and nephews. Memorials may be made to Charity Baptist Church. Davis-Anderson Funeral Home, Carlinville is in charge of arrangements.
To send flowers to the family or plant a tree in memory of Russell Rhodes, please visit Tribute Store
Sunday
28
August