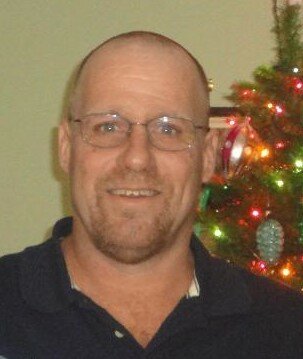 Please share a memory of Jeffrey to include in a keepsake book for family and friends.
View Tribute Book
Jeffrey Earl Voyles, 60, of Girard, passed away Monday afternoon, August 15, 2022 surrounded by loved ones. Jeff was born on April 12, 1962 to Earl Harrison and Evelyn (Boehler) Voyles in Litchfield, IL. He was a 1980 graduate of Girard High School. Jeff was a farmer and a laborer, where co-workers appreciated his hard work and sense of humor brought to any environment. He will be remembered as a devoted father, grandfather and loyal friend. Jeff was a principled and straightforward man of honorable character. He had a welcoming demeanor which shone through in his lifelong friendships and acceptance of others. He truly appreciated people for who they really were. Jeff will be remembered for his unique comical ways and his small chats with folks around town, whether you knew him or not. Chances are even if you didn’t know him; you were most likely walking away with a smile on your face and a new friend. Jeff was a fan of all sports. He enjoyed playing football and baseball, as well as participating in volleyball and softball leagues. He was a lifelong fan of the St. Louis Cardinals and Blues, along with the Washington Redskins and Fighting Illini. Some of his fondest childhood memories were days spent playing on the farm with his siblings and cousins. Jeff coached his children in soccer and appreciated the teamwork and discipline taught through this. Jeff’s favorite leisure time activity was spending time outside and being with family and friends, especially his grandson, Benjamin. He had dear friends, who were like brothers to him. He will be remembered as a loving father, devoted grandfather and loyal friend. Jeff is survived by his two daughters, Andrea (Cory) Bridges of Girard, IL and Virginia Voyles of Virden, IL; son, Zachary Voyles of Girard, IL; grandson, Benjamin Earl Voyles; two sisters, Theresa (Pat) Fuchs of Glenarm, IL and Angela (Gary) Bingenheimer of Chatham, IL; brother, Gregory (Cammy) Voyles of Mendham, NJ; four nephews, Nicholas Fuchs, Jacob Bingenheimer, Harrison Voyles and Gregory Voyles; three nieces, Sarah Bingenheimer, Francesca Voyles and Caterina Voyles; the mother of his children and previous wife, Nadine (Brown) Voyles; and several aunts, uncles and cousins. Jeff was preceded in death by his parents, Earl and Evelyn Voyles, and a nephew, Craig Fuchs. A Celebration of Life is currently being planned and will be announced. Memorials are suggested to either the North Mac United Soccer Association or the Girard Fire and Rescue. Davis-Anderson Funeral Home in Girard is assisting the Voyles family. Online condolences can be given at www.davisandersonfuneralhome.com.
To plant a beautiful memorial tree in memory of Jeffrey Voyles, please visit our Tree Store

Look inside to read what others have shared
Family and friends are coming together online to create a special keepsake. Every memory left on the online obituary will be automatically included in this book.
View Tribute Book
Services for Jeffrey Voyles
There are no events scheduled. You can still show your support by planting a tree in memory of Jeffrey Voyles.
Plant a tree in memory of Jeffrey
Share A Memory
Plant a Tree