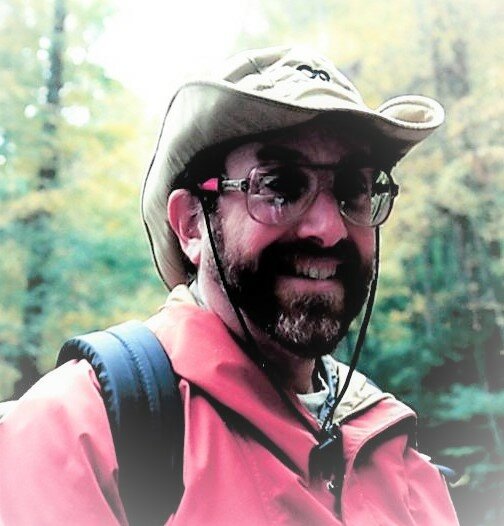 Please share a memory of John to include in a keepsake book for family and friends.
View Tribute Book
John Richard Roscetti, 67, of Carlinville, IL, formerly of Springfield, IL, passed away on Saturday, May 7, 2022 at home with family by his side. John was born on May 26, 1954 to John and Lora (DeVries) Roscetti in Springfield, IL. He graduated from the University of Illinois with a degree in Agriculture. On May 14, 1988 he married Jerilyn Scharfenberg in Owensboro, KY. He and Jerilyn would have celebrated their 34th wedding anniversary this month. John worked as an engineer for the State of Illinois. He was happiest when outdoors. John enjoyed bicycling, hiking, camping, fly fishing, archery, and his daily walk with his dog, Thor. John is survived by his wife, Jerilyn Roscetti of Carlinville, IL; mother, Lora Roscetti of Springfield, IL; Bonus daughter, Melanie (Matthew) Dunn of Carlinville, IL; three grandchildren; five great grandchildren; brother Dennis (Jan) Roscetti of WI; sister Suzanna Rose of AZ; brother Greg (Barbel) Roscetti of VA; brother Tom Roscetti of MO, as well as his nephews, Daniel and Eric Roscetti. John was preceded in death by his father and a sister Lori Roscetti. Honoring John's wishes, no services will be held. Davis-Anderson Funeral Home, Carlinville is assisting the family. Memorials are suggested to the American Cancer Society or the American Brain Tumor Association. Online condolences can be given at www.davisandersonfuneralhome.com.
To plant a beautiful memorial tree in memory of John Roscetti, please visit our Tree Store

Look inside to read what others have shared
Family and friends are coming together online to create a special keepsake. Every memory left on the online obituary will be automatically included in this book.
View Tribute Book
Services for John Roscetti
There are no events scheduled. You can still show your support by planting a tree in memory of John Roscetti.
Plant a tree in memory of John

Share Your Memory of
John
Upload Your Memory View All Memories
Be the first to upload a memory!
Share A Memory
Plant a Tree