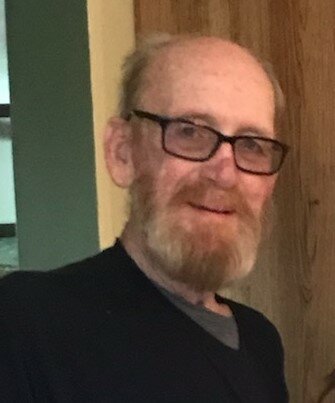 Please share a memory of Dannie to include in a keepsake book for family and friends.
View Tribute Book
Dannie H. Reels, 68, of Girard, passed away Friday morning, February 4, 2022 at his residence in Girard, IL. Dannie was born on March 16, 1953 to Haskel M. and Edna (Flatt) Reels in Cookeville, TN. Dannie graduated from Carlinville High School with the class of 1971. He joined the US Navy before he furthered his education by graduating from a coal mining school. Dannie married Donna M. Adams on October 24, 1987 in Virden, Illinois. Dannie worked at the water plant for the City of Girard for 20 years. He was a member of the Iron Sleds Motorcycle Club in Nilwood, Illinois for 39 years, and loved riding his Harley-Davidson. He enjoyed being surrounded by his family and friends. Dannie and Donna were blessed with a special granddaughter, Ryder Reels, who lives in Springfield. She was the joy of Dannie's life.. Dannie is survived by his wife Donna of Girard; son, Jason H. Reels of Virden, IL; granddaughter, Ryder Reels of Springfield, IL; brother, Dale (Linda) Reels of Carlinville, IL; three sisters, Donna Reels of Springfield, IL, Dorothy Chasteen of Hamel, IL, and Darlene (Roger) Sarginson of Carlinville, IL; several nieces and nephews. Dannie was preceded in death by parents, Haskel M. and Edna Reels. A Celebration of Life will be held at a later date. Memorials are suggested to the Girard Fire and Rescue Squad. Davis-Anderson Funeral Home in Girard is in charge of arrangements. Online condolences can be given at www.davisandersonfuneralhome.com.
To plant a beautiful memorial tree in memory of Dannie Reels, please visit our Tree Store

Look inside to read what others have shared
Family and friends are coming together online to create a special keepsake. Every memory left on the online obituary will be automatically included in this book.
View Tribute Book
Services for Dannie Reels
There are no events scheduled. You can still show your support by planting a tree in memory of Dannie Reels.
Plant a tree in memory of Dannie

Share Your Memory of
Dannie
Upload Your Memory View All Memories
Be the first to upload a memory!
Share A Memory
Plant a Tree