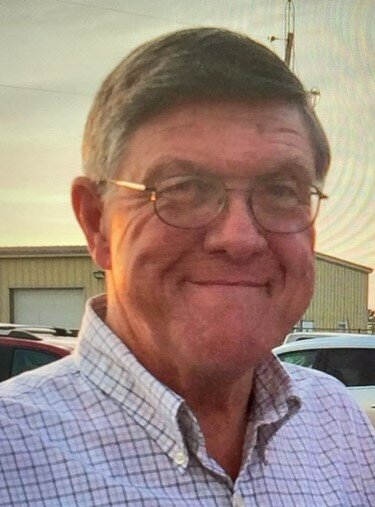 Please share a memory of Paul to include in a keepsake book for family and friends.
View Tribute Book
Paul Joseph Sidwell, 74 of Girard, Illinois passed away Sunday evening, January 23, 2022, surrounded by his family at his daughters home in Springfield, Illinois. Paul was born September 5, 1947, in Brownstown, IL, a son of Vernie and Mildred (Harre) Sidwell. Paul graduated from Brownstown High School with the class of 1966. He married Cindy Cherry November 9, 1979 at the First Christian Church in Girard, IL, and she passed away April 15, 2005. Paul retired in 2021 after 40 years as a Produce Manager at Cherry's Country Store, IGA and later County Market in Girard. Paul was known for his strong work ethic, along with a clean and well stocked produce department. He also worked as a Janitor for the North Mac High School and Bunn Capital in Springfield, Illinois. He was active in the Boy Scouts of America and obtained the Order of the Arrow. He helped with Little League Baseball and Junior League Football. In his spare time he liked to draw, go fishing and attend dirt track racing. Paul attended college for two years to learn the drafting trade. Paul enjoyed attending Boston Chapel Church with his family and helped out where ever he could. His true enjoyment was spent chasing his grandchildren and helping them with their sports and attending various activities. Paul was preceded in death by his parents, daughter, Paula Kay Sidwell, wife and grandson, Justin Adams. Visitation will be held on Saturday, January 29, 2022, 2:00 to 4:00 pm at Davis-Anderson Funeral Home, Girard, IL. Due to COVID, a private family Celebration of Life will be held. Burial will be in Girard Cemetery. Paul is survived by his daughter, Annette (Royce) Kendall of Mt. Vernon, IL, daughter, Michelle (Tom) Dalton of Heyworth, IL, daughter, Cory (Chris) Wellman of Springfield, IL, daughter, Tanna (Brett) Kirbach of Alton, IL, son, PJ (Jessica) Sidwell of Farmersville, IL, son, Blake (Stephany) Sidwell of Martinsville, IN, 15 grandchildren and four great-grandchildren and brother, Darrel Sidwell of Brownstown, IL. Memorials may be made to Boston Chapel Church or Girard Fire and Rescue. Family asks that all attending the visitation, please wear a mask. Please visit www.davisandersonfuneralhome.com to leave condolences or light a candle in his memory. Davis-Anderson Funeral Home, Girard is in charge of arrangements.
To send flowers to the family or plant a tree in memory of Paul Sidwell, please visit Tribute Store
Print
Saturday
29
January