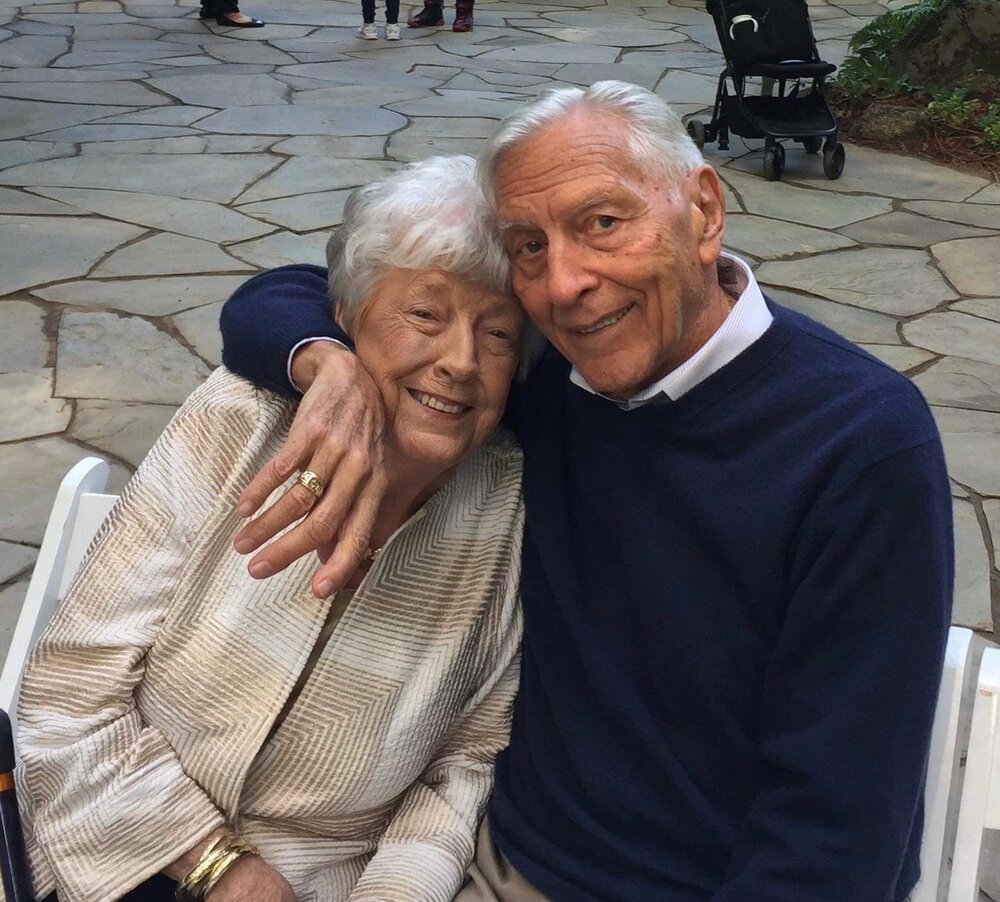 Please share a memory of Wilma to include in a keepsake book for family and friends.
View Tribute Book
Wilma Bertinetti, 93 of Carlinville, passed away Tuesday afternoon, January 11, 2022, at Heritage Health Care in Carlinville, Illinois Wilma was born December 31, 1928, in Nokomis, Illinois a daughter of Leonard "Pop" and Lottie (Graden) Smalley. Wilma graduated from Nokomis High School with the class of 1946 and attended Millikin University in Decatur, Illinois. Wilma's career was at the ASCS office in Carlinville where she assisted the area farmers plan out their crop planting and rotations. She was a member of Ss Mary and Joseph Catholic Church, Carlinville Area Auxiliary and past member of Catholic Daughters of America. Wilma loved to travel and especially spend time at the beach and pool where ever they went. She married I.L."Bert" Bertinetti, January 21, 1949 in Nokomis, Illinois. They had been married 72 years at the time of Bert's death on April 13, 2021. Mass of Christian Burial will be conducted at Ss Mary and Joseph Catholic Church in Carlinville, Saturday, January 15, 2022 at 10:00 AM with Rev's Michael Haag and Angel Sierra presiding. Visitation will be held Saturday from 8:30 to 10:00am at the church. Burial will follow in New Calvary Cemetery, Carlinville. Wilma is survived by her son, Rick (Cindy) Bertinetti of Carlinville, IL, daughter, Deb (Deb Meehan) Bertinetti of Lake Catatoga, IL, son, Denis (Deb Stewart) Bertinetti of Kentword, LA, grandsons, David and Jason Bertinetti, five great grandchildren. Memorials may be made to Adopt a Pet in Benld, Illinois. Davis-Anderson Funeral Home, Carlinville is in charge of arrangements.
To send flowers to the family or plant a tree in memory of Wilma Bertinetti, please visit Tribute Store
Saturday
15
January

Share Your Memory of
Wilma
Upload Your Memory View All Memories
Be the first to upload a memory!
Share A Memory
Send Flowers
Plant a Tree