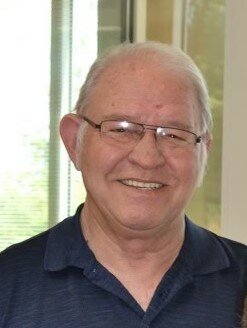 Please share a memory of Michael to include in a keepsake book for family and friends.
View Tribute Book
Michael Peitzmeier, 78, of Carlinville, IL, passed away on December 6, 2021 at St. John's Hospital in Springfield, IL. Michael was born on August 4, 1943 to Paul and Rosemary (Erhart) Peitzmeier in Keokuk, IA. He graduated from Keokuk High School with the class of 1961. After graduation he proudly served in the United States Navy for 9 years. On November 28, 1988 Michael married Jane Wieties in Rushville, IL. Michael worked as an X-ray technician in San Diego, CA and Beardstown, IL before graduating from Sunset Church of Christ School of Preaching, Lubbock, TX, with the class of 1985. He served as an Evangelist in AZ, NM, WY, CO, IA and finally in 2001, he and his family moved to Carlinville where he served at Carlinville Church of Christ until his passing. During this time, Michael also accepting a position at the Illinois Department of Employment Security to assist in supporting his family. He retired from the State of Illinois in 2014. He loved to read and teach the Bible, fish, golf and most of all, spend time with his grandchildren. Mike's favorite Bible verse was Micah 6:8, "He has told you, O man, what is good: and what does the Lord require of you; But to do justice, to love kindness, And to walk humbly with your God?" Michael is survived by his wife of 33 years, Jane Peitzmeier of Carlinville, IL; two sons, Shaun Drum of Norris City, IL and John (Colby) Drum of Carlinville, IL; daughter, Sarah (Curt) Hale of Carmi, IL; six grandchildren; as well as two sisters, Mary Jo Joles and Virginia Martin of both of IL. Michael was preceded in death by his parents; brother, Robert Peitzmeier; sister, Delores Paul; sister, Mercedes Long, and brother, Paul Peitzmeier, Jr. A Celebration of Life will be held in the Spring. Memorials may be made to his granddaughter's medical fund: Eden's Emissaries. Online condolences can be given at www.davisandersonfuneralhome.com. Davis-Anderson Funeral Home, Carlinville is assisting the Peitzmeier family.
To plant a beautiful memorial tree in memory of Michael Peitzmeier, please visit our Tree Store

Look inside to read what others have shared
Family and friends are coming together online to create a special keepsake. Every memory left on the online obituary will be automatically included in this book.
View Tribute Book
Services for Michael Peitzmeier
There are no events scheduled. You can still show your support by planting a tree in memory of Michael Peitzmeier.
Plant a tree in memory of Michael

Share Your Memory of
Michael
Upload Your Memory View All Memories
Be the first to upload a memory!
Share A Memory
Plant a Tree