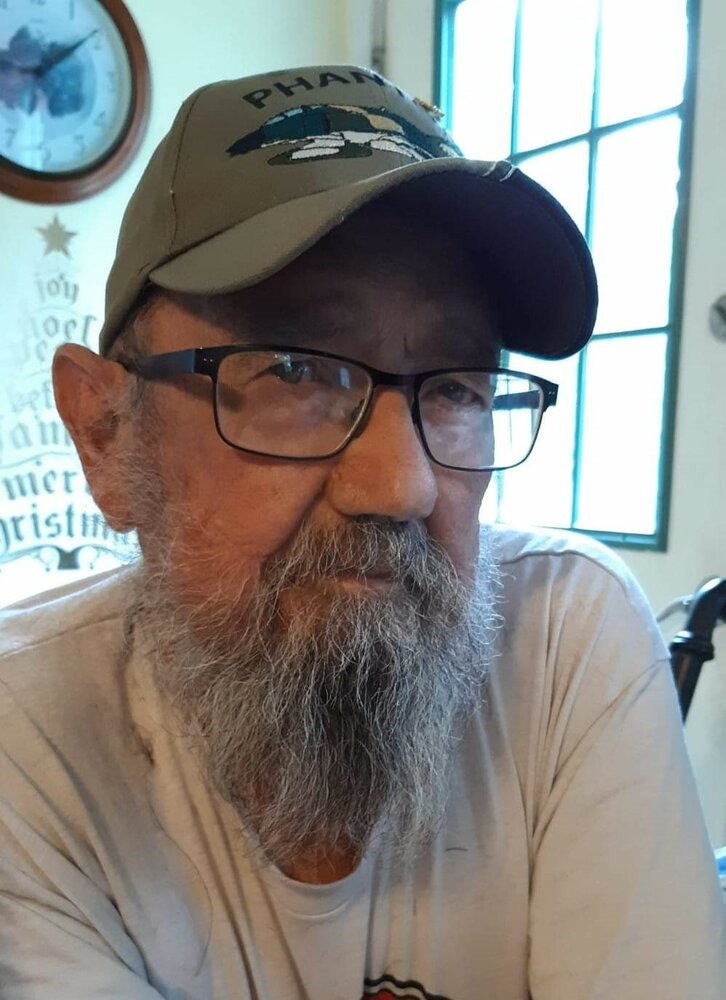 Please share a memory of Bill to include in a keepsake book for family and friends.
View Tribute Book
William Robert "Bill" Rhodes, 75, of Girard, IL, passed away on Tuesday, November 23, 2021 at Memorial Medical Center in Springfield, IL. Bill was born on December 4, 1945 to Raymond and Lilly (Critchelow) Rhodes in Kirk, KY. He graduated from New Berlin High School with the class of 1964 and served in the United States Air Force during the Vietnam War. Bill was an avid hunter and fisher, fished with his kids and grandkids, hunted with his son and Kaleb. He loved his grandchildren dearly. He loved working on Fighter jets. He spent time in Vietnam, Italy and Kuwait. He retired from The Air National Guard 183rd Fighter Wing in Springfield, Il where he worked as a fulltime F-16 mechanic. He loved to teach his grandsons how to work on cars. In retirement he began to love gardening and canning with his daughter. He was an active member of Virden American Legion Post 386. He loved to joke around with people and never met a stranger. Bill is survived by his daughter, Melissa M. (Ryan) Henke of Girard, IL; son, Bryan Rhodes of Kincaid, IL; six grandchildren, Lillian, Kaleb, Maxwell, and Jackson Henke, and Bryannah and Fenton Rhodes; brother, James Rhodes of Hillsboro, IL; sister, Catherine (Bruce) Smith of Chapin, IL; sister, Nora Atter of Springfield, IL; brother, David (Rhonda) Rhodes of Loami, IL; brother, Raymond Rhodes of Virden, IL; as well as numerous nieces and nephews. Bill was preceded in death by his parents and three sisters, Mary Carter, Anna Smith and Rena Wilkey. A Memorial Service will be held on Friday, December 3, 2021 at 9:00 am at Calvary Pentecostal Church, 704 East First South, Carlinville, IL. Burial will follow in Camp Butler National Cemetery, Springfield, IL, with full military honors. There will be a funeral meal following the committal service held at the Virden American Legion, 118 Dye Street, Virden. Memorials are suggested to the Boy Scout Troop 61, Virden, IL. Online condolences can be given at www.davisandersonfuneralhome.com. Davis-Anderson Funeral Home, Girard is in charge of arrangements.
To send flowers to the family or plant a tree in memory of Bill Rhodes, please visit Tribute Store
Friday
3
December