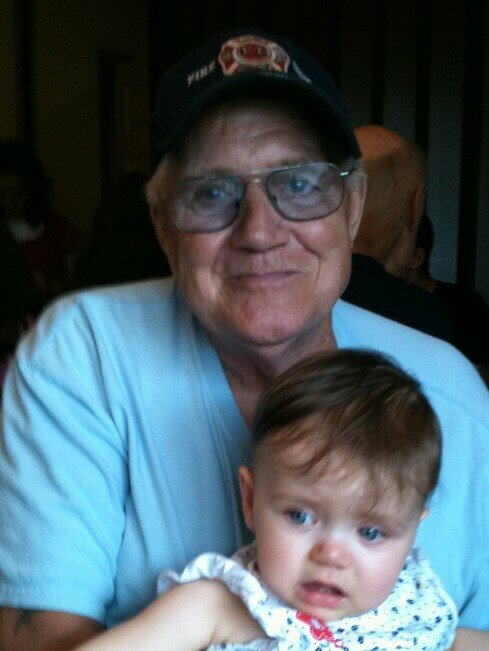 Please share a memory of Stanley to include in a keepsake book for family and friends.
View Tribute Book
Stanley H. "Scratch" Dyer, 76 of Palmyra, IL, passed away Tuesday evening, November 9, 2021, at his residence. Scratch was born February 7, 1945, in Springfield, IL, a son of Earl E. and Mary Fern (Farmer) Dyer. Stanley attended Northwestern High School. He married Loretta Wyatt on June 13, 1966, in Medora, IL and she passed away September 4, 2007. Scratch worked for P and M Grain Elevator as a feed deliveryman in Modesto, IL the majority of his lifetime. After retiring, he worked for R and R Bindery in Girard, IL as a book binder and retired in 2008. He enjoyed watching his sons play baseball, basketball and football during their youth years. Scratch served as a Cub Scout Leader for several years. He was a true outdoorsman, hunting, fishing, and enjoying the beauty of nature. He loved to stop in at the cabin and tell 'tall tales" of life and his adventures. Later in life he enjoyed watching his grandchildren playing the same sports as his sons, including soccer. Scratch was preceded in death by his parents, wife, sister, Dora Rose Rapinac, brother, Merle Dyer, brother, Earl Dyer, Jr., sister, Mary "Sissy" Huson and grandson, Drew William Dyer. Visitation will be held on Saturday, November 13, 2021, 11:00 to 1:00 pm at Davis-Anderson Funeral Home, Carlinville, IL. Graveside services will be conducted at 1:45 pm, Saturday,November 13, 2021 at Oak Hill Cemetery. He will be laid to rest next to his wife in Oak Hill Cemetery, Palmyra. Stanley is survived by his sons, Stanley E. (Gene) Dyer of Palmyra, IL, William "Wally" (Michelle) Dyer of Carlinville, IL, Daniel "Danny" (Tara) Dyer of Jacksonville, IL, grandchildren; Acacia, Nathan and Brooklyn Dyer, and several nieces and nephews. Memorials may be made to Adopt A Pet in Benld, IL Macoupin Center for theDevelopmentally DIsabled. Davis-Anderson Funeral Home, Carlinville is in charge of arrangements.
To send flowers to the family or plant a tree in memory of Stanley Dyer, please visit Tribute Store
Saturday
13
November

Share Your Memory of
Stanley
Upload Your Memory View All Memories
Be the first to upload a memory!
Share A Memory
Send Flowers
Plant a Tree