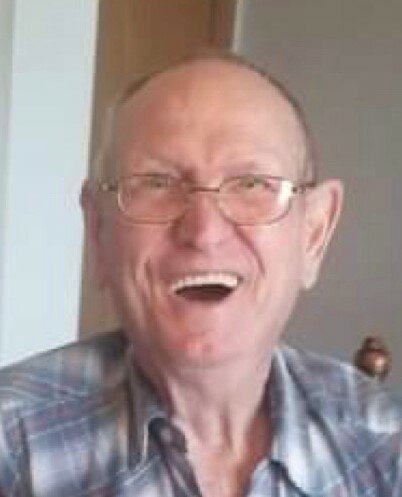 Please share a memory of Henry to include in a keepsake book for family and friends.
View Tribute Book
William Henry Graham, 76, from the Carlinville/Palmyra area, died just after 3:00 am on Wednesday, October 20, 2021 at Memorial Medical Center in Springfield, IL, following a medical emergency. He died dreaming of sitting on an Arkansas porch with his daughter Deanna by his side. He was born the second child of three on November 27, 1944 to Henry Otis and Frances Pauline (Crouch) Graham in Carlinville, IL. Henry's dad was killed in 1946 by a drunk driver near Pere Marquette. Frances was remarried to Leroy Stults who stepped in as dad to raise the three Graham children as his own and four other siblings followed. They were always a tight close family where lots of memories were built. Henry graduated from Carlinville High School with the class of 1962. He drove a truck all of his life, logging millions of miles and countless amounts of Pepsi. He married Dale Lee Randolph in 1965. They had two children together and later divorced. Virginia Smith was his significant other along with her family until her passing in 2015. His grandchildren and great grandchildren were the light of his heart. Henry was a member of Modesto Christian Church, Palmyra Silver Strands, and loved to play Hand and Foot with his card playing friends. He is survived by his daughter, Deanna (Lloyd) Meffert; daughter-in-law, Tammy (significant other, Kenny) Graham; five grandchildren, Allison (Tyler), Andrew (Kimberly), Matthew (Katie), Taylor (TJ), and Nicholas; eight great grandchildren, Reginald, Montgomery, Minerva, Donovan, Kayden, Holden, Aspen and Lee; two sisters and two brothers, Marge Burleson, Rebecca Stults, Tom Stults, and Edwin Stults, along with lots of nieces and nephews. Henry is preceded in death by his parents; son, Richard Graham, as well as two sisters, Brenda (Tyke) Volsen-Dolder and Judy Richie Scott. A visitation will be held at Modesto Christian Church on Saturday, November 6, 2021 from 1:00 to 4:00 pm. In lieu of flowers Henry requested memorials be made to Silver Strands Senior Center in Palmyra or Modesto Christian Church. Donations can be left at visitation or mailed to the church P.O. Box 176, Modesto, IL 62667. The church will disperse the memorials according to your wishes. Davis-Anderson Funeral Home, Carlinville is assisting the family.
To send flowers to the family or plant a tree in memory of Henry Graham, please visit Tribute Store
Modesto Christian Church
114 Main St
Modesto, Illinois, United States
Need Directions?
View Map | Text Directions | Email Directions
Order Flowers for Henry Graham's
Online Memory & Photo Sharing Event
Online Event
About this Event