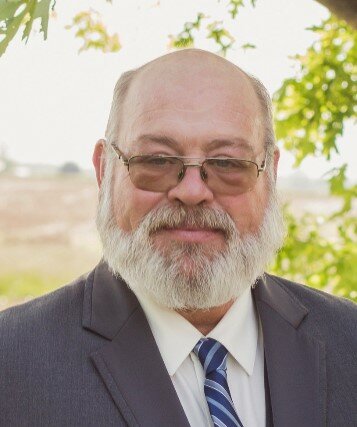 Please share a memory of Ronald to include in a keepsake book for family and friends.
View Tribute Book
Ronald Curtis Morse, 60, of Carlinville, IL, passed away on Sunday morning, October 3, 2021 at his residence in Carlinville, IL. Ron was born on March 10, 1961 to James and Bonnie (Rosentreter) Morse in Carlinville. Ron graduated high school in 1979 and then joined the Air Force. During his active duty, he was stationed abroad in Reykjavik Iceland and then in Oklahoma City. After his discharge, he returned to the St. Louis area where he reconnected with his high school classmate and future wife, Margye Peters. After a few months of dates, she thought it was time they figured out if they were in a relationship- he popped the question. They were married on May 14, 1988 at St. Paul's United Church of Christ in Carlinville. They soon moved to their long time home of Carlinville where he started a career of 26 years at Graham Correctional Center as a prison guard. They raised two children, Kelsey and Will. While he had only two biological children, there was never a shortage of nieces, nephews and friends of his children who looked on him as a second father. There was nothing that meant more to Ron than his family. Ron was an amazing cook, a competitive Parcheesi player and a lover of music. He was smart and sardonic and never failed to share his perspective and a joke. He is deeply loved and will be sorely missed. Ron is survived by his mother, Bonnie Morse-Fuller of Carlinville, IL; wife of 33 years, Margye Peters-Morse of Carlinville, IL; daughter, Kelsey (Stephen) Porter of St. Louis, MO; son, William Garrett Morse of Carlinville, IL; two brothers, Scott (Ada) Morse of Muskogee, OK and George Morse of Carlinville, IL; two sisters, Mary Ellen (Michael) Caudle of Carlinville, IL and Cora Mae (Ronald) Remer of Muskogee, OK, as well as several aunts, uncles, nieces, nephews and cousins. Ron was preceded in death by his father. Visitation will be held on Friday, October 8, 2021, from 4:00 to 7:00 pm at Davis-Anderson Funeral Home, Carlinville. Burial will be held at a later date in Mayfield Memorial Park Cemetery, Carlinville. Memorials are suggested to the Carlinville Public School Foundation.
To send flowers to the family or plant a tree in memory of Ronald Morse, please visit Tribute Store
Friday
8
October

Share Your Memory of
Ronald
Upload Your Memory View All Memories
Be the first to upload a memory!
Share A Memory
Send Flowers
Plant a Tree