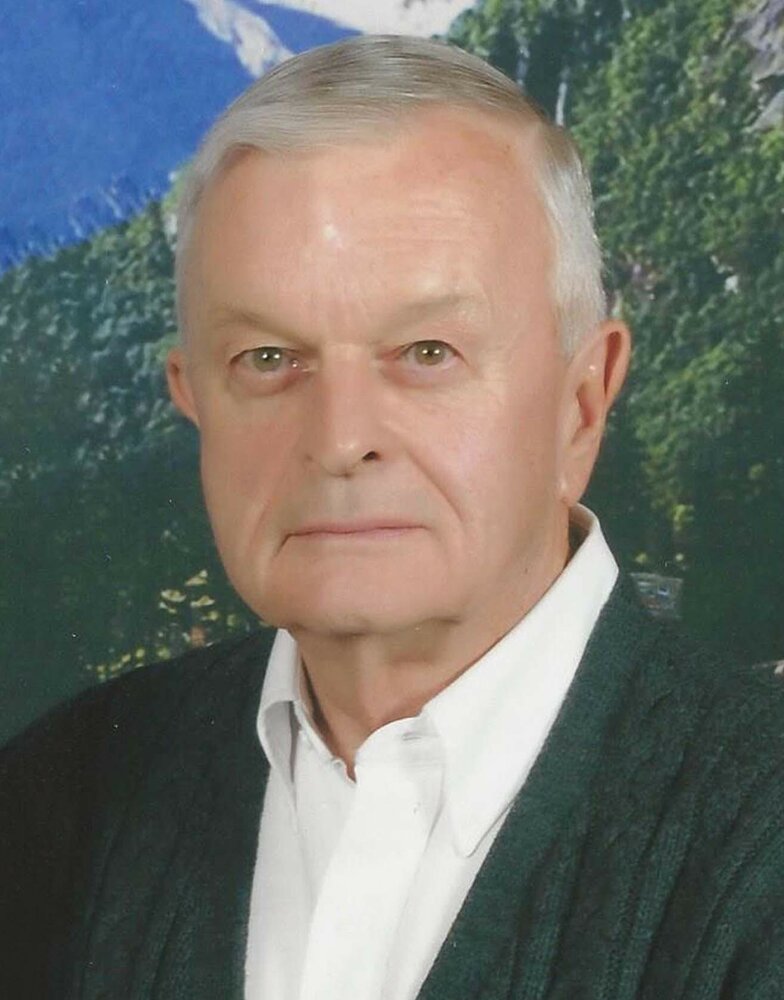 Please share a memory of William to include in a keepsake book for family and friends.
View Tribute Book
William Patrick Manley, 83, died on September 24, 2021 at home in Sun Lakes, AZ. A Mass of Christian Burial will be celebrated at SS Mary and Joseph Church, Carlinville, IL on Saturday, Oct. 9, at 11:00 a.m. with the Rev. Michael Haag presiding. Visitation will precede the mass from 9:00 a.m. to 11:00 a.m. Inurnment will follow at Calvary Cemetery. Davis-Anderson Funeral Home is in charge of arrangements. Bill was born in Streator, IL on March 3, 1938, the second of three sons born to John Patrick and Katherine Loretta Kane Manley. He grew up in Wenona, Illinois where he attended St. Mary’s Grade School and graduated from Wenona High School in 1956. He received a bachelor of Arts degree in Political Science from St, Ambrose College in Davenport, IA and a Masters Degree in Guidance and Counseling from Northern Illinois University. On August 17, 1963, he married Judith Lynn Davis at St. Columba Church in Ottawa, Illinois. Bill’s entire career was spent in education in Illinois, including positions at Woodland (Streator), Grand Ridge, Ottawa Elementary District, Belvidere, and Carlinville. Bill was employed by the Carlinville school district from 1968-1994 serving as guidance counselor and social studies teacher. Additionally, he coached boys’ and girls’ basketball at both the junior and senior high school levels. He was a former member of SS. Mary and Joseph Church and a longtime member of the Elks Lodge in Carlinville. He enjoyed sports, Dixieland jazz, old movies, and concerts. In 1999, he and his wife retired to Sun Lakes, Arizona. Bill’s greatest love was his wife, children and grandchildren. He cherished his Catholic faith and was proud of his Irish ancestry. He is survived by his wife Judy and three children, Patrick of Litchfield, IL, James (Irma) of Scottsdale, AZ, and Janet Arias of Mesa, AZ, three grandsons (Jackson, Sachem, and Dante, all of Scottsdale), and nephews Michael Manley (Cypress, TX) and Timothy Manley (Davenport, IA) and niece Mary Ellen Kress (McFarland, WI). Preceding him in death were his parents and brothers John and Jeremiah. Memorials are suggested to Carlinville Public Schools Foundation, 404 E 1st South St., Carlinville, IL 62626 or to the Society of St. Vincent de Paul, PO Box 13600, Phoenix, AZ 85002.
To send flowers to the family or plant a tree in memory of William Manley, please visit Tribute Store
Saturday
9
October