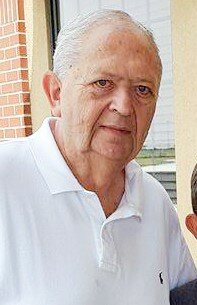 Please share a memory of Edward to include in a keepsake book for family and friends.
View Tribute Book
Edward Joseph Albracht of Carlinville, passed away Tuesday morning, August 31, 2021 at his residence in Waterloo, Illinois. Edward was born on March 28, 1942 to Edward Jacob and Alexandria Philomina (Theiman) Albracht in Helena, Montana. He was a 1960 graduate of Carlinville High School and served in the Illinois National Guard for six years. Edward married Bonnie L. Keith in 1965. She preceded him in death in 1968. In 1970, he married Suzanne A. Hibbard in St. Clair, Missouri. Suzanne preceded him in death on September 4, 2010. Edward began his career at the Carlinville Democrat as a journeyman apprentice in 1960. He worked there twelve years before becoming it's eighth editor in January of 1972. Professionally, Ed was a member of the International Typographic Union and the Illinois Editorial Association as well as a winner of the Golden Quill Award on multiple occasions. Edward also became the International Ford Retractable Club's (IFRC) news editor in 1979. Additionally, he served in all IFRC executive board positions before retiring in 2013. Edward served on the Carlinville High School Basketball Booster Club for nine years. After retiring, Edward divided his time between homes in North Fort Myers, Florida and Carlinville. In 2019, he moved to Waterloo, Illinois to be closer to family. Edward is survived by his son Derek (Jennifer) Albracht of Waterloo, Illinois; two grandchildren, Cole Hamilton Edward Albracht and Maxine Archer Leigh Albracht; brother Carl (Gail) Albracht, of Carlinville, IL; several nieces and nephews, and brother-in-law, Ted Briggs. Edward was preceded in death by his parents; two wives, Bonnie Lynn and Suzanne Archer Albracht, and a sister, Darlene Briggs. Visitation will be held on Friday, September 10, 2021 from 4:00 to 6:00 at Davis-Anderson Funeral Home, Carlinville. Private graveside services will be held in New Calvary Cemetery in Carlinville, IL. Memorials are suggested to St. Jude Children's Hospital. Davis-Anderson Funeral Home, Carlinville is in charge of arrangements.
To plant a beautiful memorial tree in memory of Edward Albracht, please visit our Tree Store

A Memorial Tree was planted for Edward
We are deeply sorry for your loss ~ the staff at Davis-Anderson Funeral Home - Carlinville
Join in honoring their life - plant a memorial tree
Services for Edward Albracht
There are no events scheduled. You can still show your support by planting a tree in memory of Edward Albracht.
Plant a tree in memory of Edward
Print
Online Memory & Photo Sharing Event
Online Event
About this Event

Look inside to read what others have shared
Family and friends are coming together online to create a special keepsake. Every memory left on the online obituary will be automatically included in this book.
View Tribute Book
Share A Memory
Plant a Tree