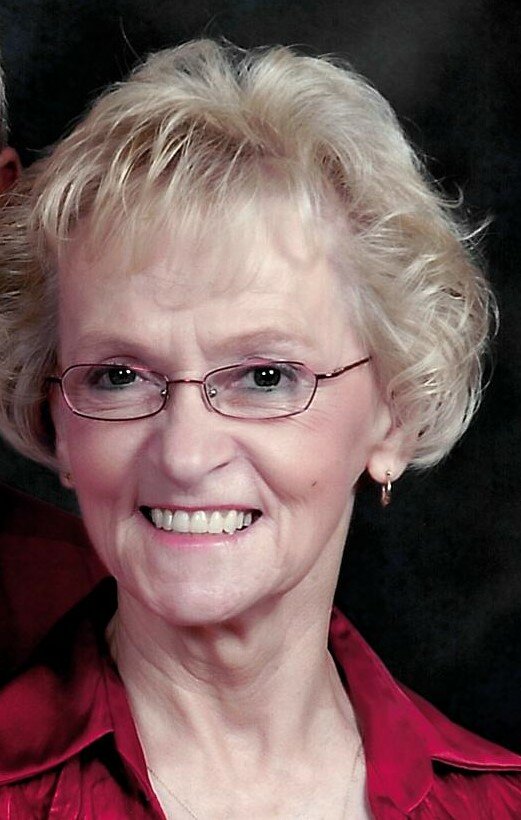 Please share a memory of Judi to include in a keepsake book for family and friends.
View Tribute Book
Judith Mae (Scharfenberg) Fullington, 77, of Carlinville, passed away peacefully to her heavenly home on August 19, 2021 surrounded by her family in her home. Judi was born on April 18, 1944 in Carlinville, IL to Lester and Virginia (Jenkins) Scharfenberg. She graduated from Carlinville High School with the class of 1962. Judi married John Chasteen in August of 1961. Together they had three daughters. They divorced in 1979, and Judi married Bill Fullington in February 1985, who had two children of his own. When her children were young, Judi was very involved in Girl Scouts, coaching softball, and also PTA. Judi was also a charter member of Green Oaks Garden Club. Judi decided early in her adult life to follow in her mother's footsteps and became a cosmetologist. She operated a small beauty shop in her home when her children were young. She later became an instructor at Scharfenberg's Beauty Academy from 1979 to 1990 where she attained a Master Teachers Certificate. After leaving the beauty academy, Judy opened her own shop in Carlinville, Designing Styles, where she worked for 25 years, retiring in 2015. During that 25 years Judi became a trade school evaluator , working for NACCAS, a national accrediting service. As an evaluator Judi traveled to many different states and Puerto Rico. One of the many things Judi enjoyed doing was teaching Sunday School at Emmanuel Baptist Church where she was a member for 36 years. Judi taught for 25 years when her health forced her to give it up. After retirement, Judi enjoyed her flower gardens and keeping "her" birds fed. She also enjoyed tinkering in her little red "she shed" where she would start plants and create and paint craft items. Judi is survived by her husband Bill Fullington of Carlinville, IL; mother, Virginia Scharfenberg of Carlinville, IL; her children, Linda (Dave) Novak of Dripping Springs TX, Sandy (Phil) Harris of Moro, IL; Pam Hughes of Jerseyville, IL; Lori (Jeff) Brown of Carlinville, IL, and John Fullington of Carlinville, IL; two brothers, Terry (Joan) Scharfenberg, and Ted Scharfenberg; three sisters, Jerilyn (Rich) Rosetti, Joyce (Roy) Emmons, and JoAnn Burke, as well as 13 grandchildren, 11 great grandchildren and many nieces and nephews. Judi is preceded in death by her father, Lester Scharfenberg and her sister Janet Schafenberg. Visitation will be held on Tuesday, August 24, 2021 from 9:00 to 11:00 am at Emmanuel Baptist Church in Carlinville, IL. Funeral services will follow the visitation at 11:00 am at the church with Rev. Cliff Woodman officiating. Burial will take place in Charity Cemetery, rural Carlinville. Memorials are suggested to Emmanuel Baptist Church. Davis-Anderson Funeral Home, Carlinville is in charge of arrangements.
To send flowers to the family or plant a tree in memory of Judi Fullington, please visit Tribute Store
Tuesday
24
August