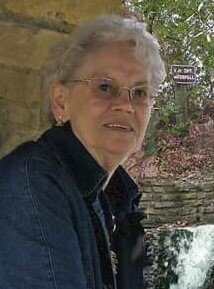 Please share a memory of Loretta to include in a keepsake book for family and friends.
View Tribute Book
Loretta M. Schroeder, 80, of Farmersville, IL, passed away Tuesday evening, August 17, 2021 at her residence in Farmersville, IL. Loretta was born on April 20, 1941 to Oliver and Ida Mae (Watkins) Connolly in Waverly, IL. She married Larry Schroeder on November 14, 1962 in Jacksonville, IL. He preceded her in death on May 15, 2009. Loretta was a homemaker and also worked at Cherry's Grocery Store in the deli department, retiring in 2010. She enjoyed watching television, going for walks, crochet, and spending time with her grandchildren. Loretta is survived by her daughter, Brenda (Bret) Foland, of Normal, IL, son, Joe (Marcy) Schroeder of Morris, IL; daughter, Kris (Dave) Adams of Farmersville, IL; 10 grandchildren, 12 great grandchildren, as well as her daughter-in-law, Cindy Schroeder of Modesto, IL. Loretta was preceded in death by her parents, husband, Larry Schroeder Sr.; son, Larry Schroeder Jr., and 3 brothers and a sister. Graveside services will be on Saturday, August 28, 2021 at 11:00 am in Girard Cemetery. Memorials are suggested to the Wounded Warriors Project or St. Jude Children's Hospital. Online condolences can be given at www.davisandersonfuneralhome.com. Davis-Anderson Funeral Home, Girard is in charge of arrangements.
To send flowers to the family or plant a tree in memory of Loretta Schroeder, please visit Tribute Store