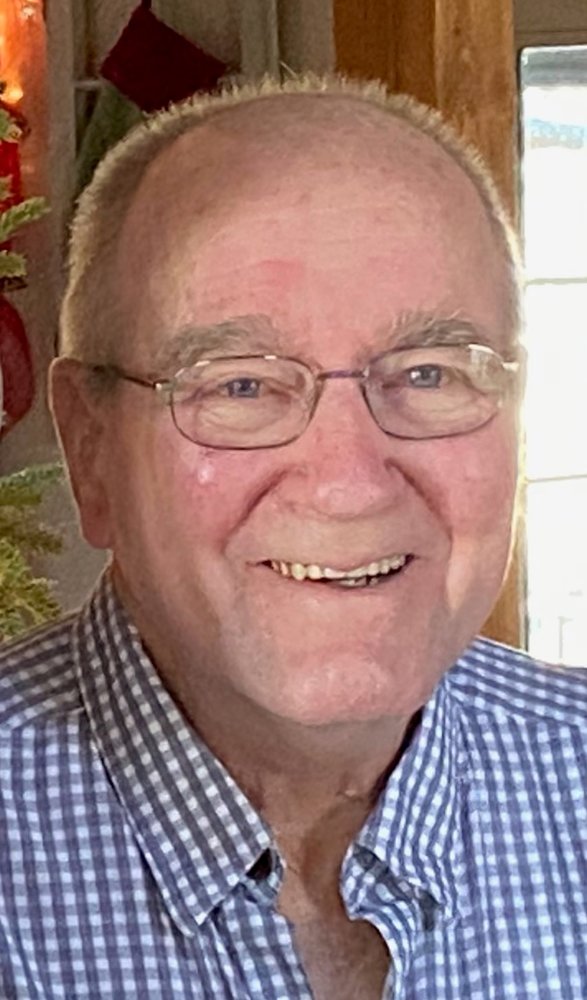 Please share a memory of Earl to include in a keepsake book for family and friends.
View Tribute Book
Earl Harrison Voyles, 80, of Girard, passed away Thursday morning, August 12, 2021 at his residence in rural Girard, IL. Earl was born on January 6, 1941 to Wilbur and Eva (Smith) Voyles in Girard, IL. Earl graduated from Virden High School with the class of 1960. On May 13, 1961, Earl married Evelyn Mae Boehler in Virden, Illinois. She preceded him in death on April 25, 2012. Earl was fortunate to be able to provide for his family while fulfilling his passion for farming. He also was a laborer for Schien Equipment Company and Central Illinois Steel Company, both in Carlinville. Earl was a huge fan of the St. Louis Cardinals and the University of Illinois basketball team. He was a member of St. Patrick's Catholic Church in Girard. Earl was a loving husband, father, grandfather, and great-grandfather and his happiest times were when he was spending time with his family. Earl is survived by his two sons, Jeffrey Voyles of Girard, IL, and Greg (Cammy) Voyles of Mendham, NJ; two daughters, Theresa (Pat) Fuchs of Chatham, IL, and Angela (Gary) Bingenheimer of Chatham, IL; five granddaughters, Andrea (Cory) Bridges, Virginia Voyles, Sarah Bingenheimer, Francesca Voyles, Catarina Voyles; six grandsons, Zachary Voyles, Nicholas Fuchs, Craig Fuchs, Jacob Bingenheimer, Harrison Voyles, and Gregory Voyles; great-grandson, Benjamin Voyles; two sisters, Wilma (Chuck) Bivins of Girard, IL, and Norine (Joe) Clevenger of Auburn, IL; brother, Steve (Ann) Voyles of Auburn, IL; brother-in-law, Allen (Carol Ann) Boehler of Atwater, IL; and several nieces and nephews. Earl was preceded in death by his parents, Wilbur and Eva Voyles and his wife, Evelyn Mae. Visitation will be held on Sunday, August 15, 2021, from 3:00 pm - 6:00 pm at Davis-Anderson Funeral Home in Girard, IL. A prayer service will be held at 2:45 pm at the funeral home. Mass of Christian Burial will be held on Monday, August 16, 2021, at 10:00 am at St. Patrick's Catholic Church, Girard, IL, with Father James Palakudy, officiating. Earl will be laid to rest next to his wife, Evelyn, in the St. Martin Cemetery in Farmersville, IL. Memorials are suggested to either the Girard Fire and Rescue Squad or the Girard Food Pantry. Davis-Anderson Funeral Home in Girard is in charge of arrangements.
To send flowers to the family or plant a tree in memory of Earl Voyles, please visit Tribute Store
Sunday
15
August

Share Your Memory of
Earl
Upload Your Memory View All Memories
Be the first to upload a memory!
Share A Memory
Send Flowers
Plant a Tree