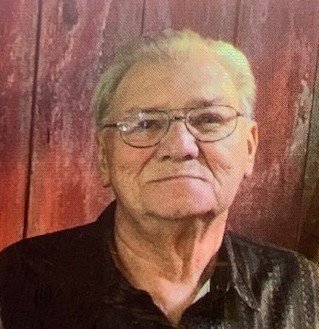 Please share a memory of William "Bill" to include in a keepsake book for family and friends.
View Tribute Book
William "Bill" L. Motika, 73 of Virden, passed away Monday morning, August 2, 2021, at Memorial Medical Center in Springfield, IL. Bill was born April 26, 1948, in Litchfield, IL, a son of Frank and Ima (Gardner) Motika. Bill graduated from Girard High School with the class of 1966. He married Lesa R. Pointer on July 29, 1967 in Chesterfield, IL. Bill was well known in the classic and hotrod car business. He had owned his own upholstery and auto body shop over the years. He enjoyed drag racing "Old Style" at Hendricks Motor Sports when ever he could. Bill never meet a stranger, but if he did, they were friends before they parted. He was a mentor to many in the car world and enjoyed the camaraderie. After his family, his 1955 Chevy was his pride and joy. Bill enjoyed collecting antiques and toys. He was a member of the Cool Cruisers club. Bill was preceded in death by parents. Visitation will be held on Saturday, August 7, 2021, from10:00am to 12:30pm at Davis-Anderson Funeral Home, Girard, IL. Funeral Services will be conducted at 1:00 pm, Saturday,August 7, 2021 at the funeral with Greg Nimmo officiating. Burial will follow in Girard Cemetery, Girard. Bill is survived by his wife, Lesa of Virden, IL, daughter, Heather (Jamie) Austif of Taylorville, IL, granddaughter, Hannah Austif, grandson, Logan Austif, sister, Rena Motika of Girard, IL and several cousins. Memorials may be made to VIrden Fire Department or Girard Fire and Rescue.
To send flowers to the family or plant a tree in memory of William "Bill" Motika, please visit Tribute Store
Saturday
7
August

Share Your Memory of
William "Bill"
Upload Your Memory View All Memories
Be the first to upload a memory!
Share A Memory
Send Flowers
Plant a Tree