Sign in
Recommend Thomas &quot;Mike&quot;'s obituary to your friends
Plant a tree in memory of Thomas "Mike" 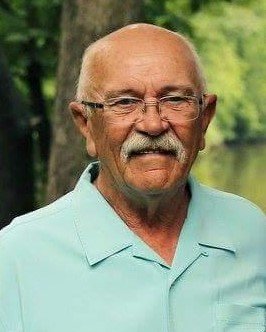 Please share a memory of Thomas "Mike" to include in a keepsake book for family and friends.
View Tribute Book
Thomas Michael “Mike” Jones, 72, of Carlinville passed away on Tuesday, June 29, 2021 at Memorial Medical Center in Springfield, Illinois. Mike was born February 13, 1949 to Thomas and Ethel (Boker) Jones in Alton, IL. He graduated from Southwestern High School in 1967. Mike served in the United States Army for several years and was in Vietnam from 1968-1969. Following his military service, Mike worked for Monterey Coal Company starting in 1978. He worked as a member of UMWA 1613 and then held several positions as a supervisor until retirement in 2008. He was a member of Carlinville Elks Lodge 1412 and Masonic Lodge 461 of Plainview, IL. Mike was also an avid supporter of Otter Creek Quail Forever Chapter. Mike’s favorite past times included spending time with family and friends, golfing, Cardinal baseball, helping the Carlinville Elks Kitchen Crew, working in his yard and traveling with his wife Rhonda. Visitation will be held on Friday, July 9, 2021 at Davis-Anderson Funeral Home in Carlinville from 4:00 to 6:30 pm with a Celebration of Life following at the Carlinville Elks Lodge, 201 West Main, Carlinville, IL. Mike will be cremated with a private family service at a later date at Mayfield Memorial Park Cemetery in Carlinville, IL. Mike married Rhonda R. (Rhoads) Caveny-Jones on June 22, 1996 in Carlinville. Mike is survived by his wife, Rhonda, three Sons, Thomas M. (Barbara) Caveny of Appleton, WI, Robert J. (Laura) Caveny of Carlinville, Jacob O. Caveny (companion Samantha Leav) of Carlinville. Grandson Benjamin T. Caveny of Appleton, WI. Sisters Ruth (Tom) Metzger of Brighton, IL, Helen Park (David Leonard) of Kewanee, IL, and Brother Thomas "Todd" H. (Rochelle) Jones of Lewistown, IL as well as several nieces and nephews. He was preceded in death by his parents. Memorials are suggested to the Carlinville Elks Kitchen or a charity of the donor’s choice.
To plant a beautiful memorial tree in memory of Thomas "Mike" Jones, please visit our Tree Store

Look inside to read what others have shared
Family and friends are coming together online to create a special keepsake. Every memory left on the online obituary will be automatically included in this book.
View Tribute Book
Services for Thomas "Mike" Jones
There are no events scheduled. You can still show your support by planting a tree in memory of Thomas "Mike" Jones.
Plant a tree in memory of Thomas "Mike"
Share A Memory
Plant a Tree