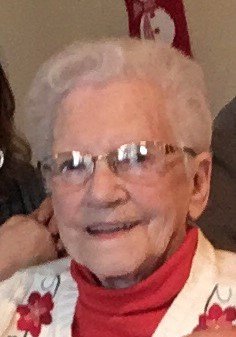 Frances "Tim" Wiles, 96, of Carlinville, passed away Tuesday afternoon, April 14, 2021 at Heritage Health Care in Carlinville. Frances was born on January 5, 1925 to Vonley and Ella (Clardy) Hewitt in Sapulpa, OK. On April 24, 1949 she married Earl J. Wiles at the Chesterfield United Church in Chesterfield, IL. He preceded her in death on December 22, 2014. Fran was a 1942 graduate of Chesterfield High School and then graduated from Illinois State University Business School. Fran was the secretary for her husband's business, R. E. Wiles Trucking Service in Carlinville for its duration. Afterwards, she was the secretary for Blue Cross/Blue Shield Insurance and then Dixon Insurance Agency, both in Carlinville, retiring at the age of 82. She often pointed out to her grandsons that she played basketball at Chesterfield High School. Tim was a member of the Carlinville United Methodist Church and a past member of the Eastern Star. She bowled on the Tuesday night ladies league, enjoyed ceramics, playing cards, and mostly going to every function her grandsons were involved in. Frances is survived by her son, Greg (Debra) Wiles of Carlinville, IL; grandson, Brett Wiles of Carlinville, IL; sisters, Grace Huyear of Carlinville and Ione Lynne of Springfield, IL; 4 nieces and 2 nephews. Tim was preceded in death by her parents, Vonley and Ella Hewitt; husband, Earl J. Wiles; grandson, Nathan Wiles (1/23/2016); brother, Edwin Hewitt; sisters, Marie Snidle, and Betty Starkweather, as well as 1 niece and 3 nephews. Private Graveside Services will be held at Mayfield Memorial Park Cemetery in Carlinville at a later date. Memorials are suggested to either the Carlinville Food Pantry or the Carlinville Senior Citizen's Center. Davis-Anderson Funeral Home in Carlinville is in charge of arrangements.
To send flowers to the family or plant a tree in memory of Frances "Tim" Wiles, please visit Tribute Store

Share Your Memory of
Frances "Tim"
Upload Your Memory View All Memories
Be the first to upload a memory!
Share A Memory
Send Flowers
Plant a Tree