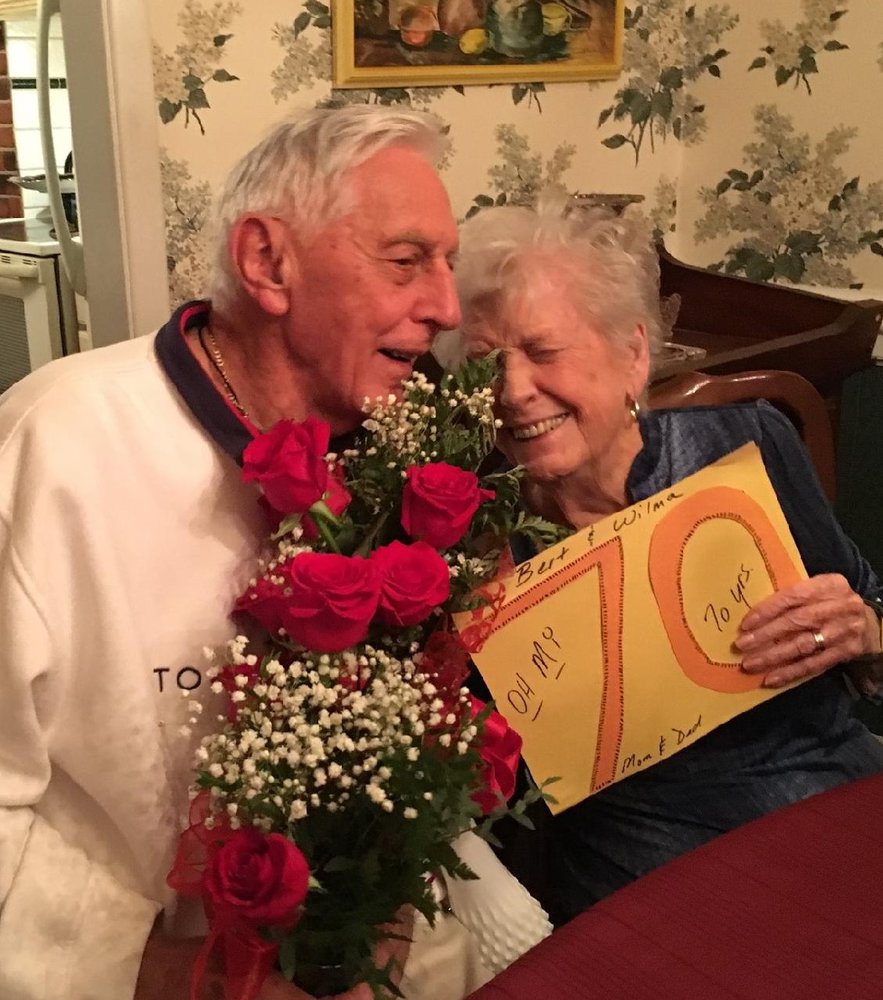 Please share a memory of Bert to include in a keepsake book for family and friends.
View Tribute Book
I.L. "Bert" Bertinetti, 92, of Carlinville, passed away Tuesday afternoon, April 13, 2021 at Heritage Health Care in Carlinville, IL. Bert was born on December 8, 1928 to John and Amelia (Brandis) Bertinetti in Christian County, IL. He graduated from Nokomis High School with the class of 1946 where he earned 11 letters in various sports. Less than three years later, on January 21, 1949, Bert married Wilma Smalley at St. Mary's Catholic Church in Nokomis, IL. He and Wilma were married for 72 years. Bert worked as a real estate insurance agent from 1963-1992. He also farmed, worked in the coal mine, and trained bird dogs in Carlinville and Taylorville. Bert enjoyed golfing, hunting, and fishing. He took his two sons to Canada on fishing trips for over 20 years and his two grandsons for more than 15 years. He truly enjoyed being around his grandchildren and great grandchildren. Bert and his wife were members of Ss Mary and Joseph Catholic Church in Carlinville. Bert is survived by his wife, Wilma Bertinetti of Carlinville, IL; two sons, Rick (Cindy) Bertinetti of Carlinville, IL, and Denis (Deb Stewart) Bertinetti of Kentword, LA; daughter, Deb (Deb Meehan) Bertinetti of Lake Catatoga; two grandsons, David and Jason Bertinetti; five great grandchildren; two sisters, Catherine Walker of Taylorville, IL, and Judy (Jerry) Fahl of Morrisonville, IL, as well as several nieces and nephews. He was preceded in death by his parents. Visitation will be held on Saturday, April 24, 2021 from 9:00 to 11:00 am at Ss Mary and Joseph Catholic Church, Carlinville, IL. Mass of Christian Burial will follow visitation at 11:00 am at the church with Father Angel Sierra and Father Michael Haag officiating. Burial will take place in New Calvary Cemetery. Memorials are suggested to Carlinville Area Hospital or Heritage Health Care. Davis-Anderson Funeral Home, Carlinville is in charge of arrangements.
To send flowers to the family or plant a tree in memory of Bert Bertinetti, please visit Tribute Store
Saturday
24
April

Share Your Memory of
Bert
Upload Your Memory View All Memories
Be the first to upload a memory!
Share A Memory
Send Flowers
Plant a Tree