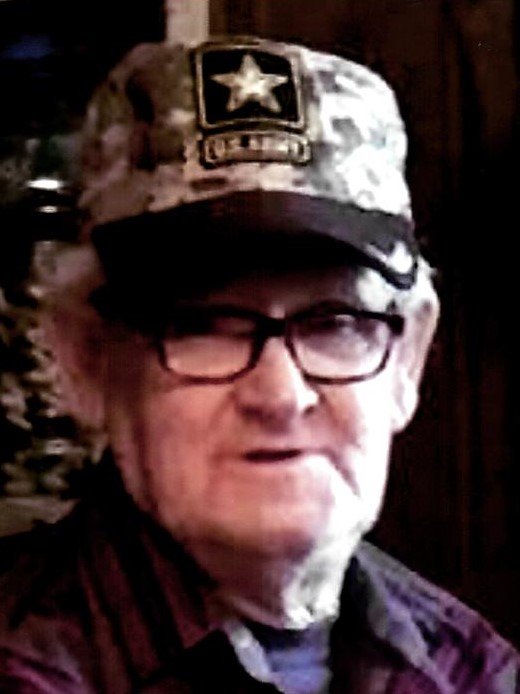 Please share a memory of Michael to include in a keepsake book for family and friends.
View Tribute Book
Michael M.L. Whitworth, 84, of Carlinville, passed away on Tuesday, March 16, 2021 at St. John's Hospital in Springfield, IL. Mike was born on February 8, 1937 to Cisero Whitworth and Mildred (Frasier) Boston in Carlinville, IL. He proudly served his country in the United States Army during the Korean War and was discharged in 1954. Mike married Sharon Newby on June 19, 1984. They were married for 36 years. Mike worked on a barge line on the Mississippi River and later became a coal miner for Monterey Coal Mine, in Carlinville, as well as mining in Kentucky. After leaving the mining industry Mike became an over the road truck driver. He also served the area as the owner/operator of Whitworth Recycling. Mike was a member of the Guy Baird American Legion in Carlinville, Harmony Baptist Church in Shipman and past member of the Moose, Elks and Lions Clubs in Carlinville. He enjoyed collecting toys such as John Deere tractors and semi trucks and making trips to the local auctions. Mike loved his family and took great pride in his grandchildren and great grandchildren. Mike is survived by his wife, Sharon Whitworth of Carlinville, IL; four daughters, Margaret Whitworth of FL, Mildred Maxine Wills of Carlinville, IL, Cathy Witt of Carlinville, IL, and Kelly (Robert Pruiett) Whitworth of Carlinville, IL; son, Terry Whitworth of Carlinville, IL; 14 grandchildren; 9 great grandchildren; sister, Maxine (John) Boston of Girard, IL, as well as several nieces and nephews. Michael was preceded in death by his parents and a son, Michael Lynn Whitworth, Jr. Graveside Services will be held on Saturday, March 20, 2021 at 10:00 am in Mayfield Memorial Park Cemetery in Carlinville with Rev. Cliff Woodman officiating. Military Rites will be conducted by the Guy Baird American Legion Post #554. Memorials are suggested to Davis-Anderson Funeral Home, P.O. Box 135, Carlinville, IL 62626 to assist the family with funeral expenses. Online condolences can be given at www.davisandersonfuneralhome.com. Davis-Anderson Funeral Home, Carlinville is in charge of arrangements.
To send flowers to the family or plant a tree in memory of Michael Whitworth, please visit Tribute Store
Print
Saturday
20
March