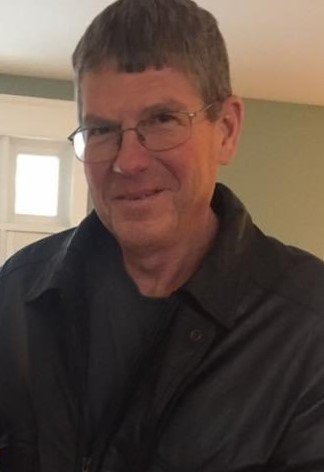 Alan Dean Barkley, 63 of Carlinville, passed away Tuesday evening, December 22, 2020, peacefully at his residence. Alan was born July 11, 1957, in Carlinville, IL, a son of Thomas and Winnie (Shade) Barkley. Alan was raised by his stepfather who later adopted him, Frank C. Blair Jr. Alan graduated from Carlinville High School with the class of 1975. Alan farmed with his father Frank and later his son Brad north of Carlinville. He married Margaret “Peg” Barkley on February 12th, 1977 at Ss Simons and Jude Catholic Church in Gillespie. Alan was preceded in death by his father, Thomas Barkley, mother, Winnie Blair, Father Frank C. Blair Jr. and brother, Larry Barkley. His passion began in the spring with the planting of the crops and ended in the fall with harvest, with plowing the fields being his favorite. He was a loving husband, father, and grandfather. He truly loved his dogs and took a special interest in a variety of vehicles. Alan enjoyed taking cruises and was able to cruise with his entire family over the 2020 New Year. DRIVE BY VISITATION will be held, Sunday afternoon December 27, 2020 at the Alan and Peg Barkley residence (14374 Shad Road Carlinville) from 1:00 to 3:00pm. Alan is survived by his wife, Margaret "Peg" Barkley of Carlinville, IL, son, Bradley (Jessica) Barkley of Carlinville, IL, daughter, Lacy (Nick) Walton of Carlinville, IL, grandchildren; Caden, Evan, and Blair Barkley, sister, Janet (Wayne) Smith of Carlinville, IL, sister, Lois (Thomas) Prozorovsky of Chicago, IL and several nieces and nephews. Memorials may be made to Macoupin County Animal Shelter. Please visit www.davisandersonfuneralhome.com to leave condolences or light a candle in his memory.
To plant a beautiful memorial tree in memory of Alan Barkley, please visit our Tree Store

A Memorial Tree was planted for Alan
We are deeply sorry for your loss ~ the staff at Davis-Anderson Funeral Home - Carlinville
Join in honoring their life - plant a memorial tree
Services for Alan Barkley
There are no events scheduled. You can still show your support by planting a tree in memory of Alan Barkley.
Plant a tree in memory of Alan
Share A Memory
Plant a Tree