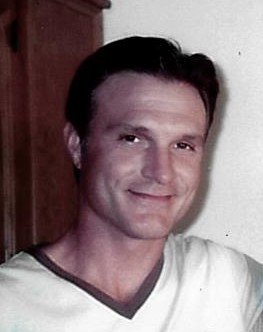 Joseph Norman Reeves, 45, of Carlinville, passed away Friday morning, December 11, 2020 at Carlinville Area Hospital in Carlinville, IL. Joseph was born on August 3, 1975 to Norman and Margaret (Hladik) Reeves in Litchfield, IL. He graduated from Carlinville High School with the class of 1993. After high school, Joseph played one year of baseball at DuPage. He then became enrolled at the University of Illinois where he graduated with a degree in Architecture in 1998. Joseph worked in Santa Barbara, CA as an architect for 18 years. He then moved back to Carlinville where he worked as a free lance architect and was also a member of Ss Mary and Joseph Catholic Church. Joseph collected toy models of Transformers, comic books, was a wonderful artist and loved his dog, Stan Lee. He was a devoted fan of the New England Patriots, and St. Louis Cardinals. Joseph is survived by his mother, Margaret Reeves of Carlinville, IL; companion, Megan Tinsley-Wynn of Carlinville, IL; brother, Norman (companion, Stacie) Reeves of Springfield, IL; 1/2 brother, David (Janet) Reeves of Murphysboro, IL; three 1/2 sisters, Valerie (Jim) Herring of Murphysboro, IL, Phyllis (John) Barnes of Murphysboro, IL, and Norma (Claude) Neace of Jackson, MO; niece, Hannah Reeves; nephew, Noah Reeves, as well as several aunts, uncles and cousins. Joseph was preceded in death by his father, and a 1/2 sister, Sherry Church. Visitation will be held on Thursday, December 17, 2020, from 10:00 to 11:00 am at Ss Mary and Joseph Catholic Church in Carlinville with Mass of Christian Burial following at 11:00 with Father Michael Haag officiating. Burial will be held in Oklahoma. Memorials are suggested to Macoupin County Animal Shelter or Ss Mary and Joseph Catholic Church.
To send flowers to the family or plant a tree in memory of Joseph Reeves, please visit Tribute Store
Thursday
17
December

Share Your Memory of
Joseph
Upload Your Memory View All Memories
Be the first to upload a memory!
Share A Memory
Send Flowers
Plant a Tree