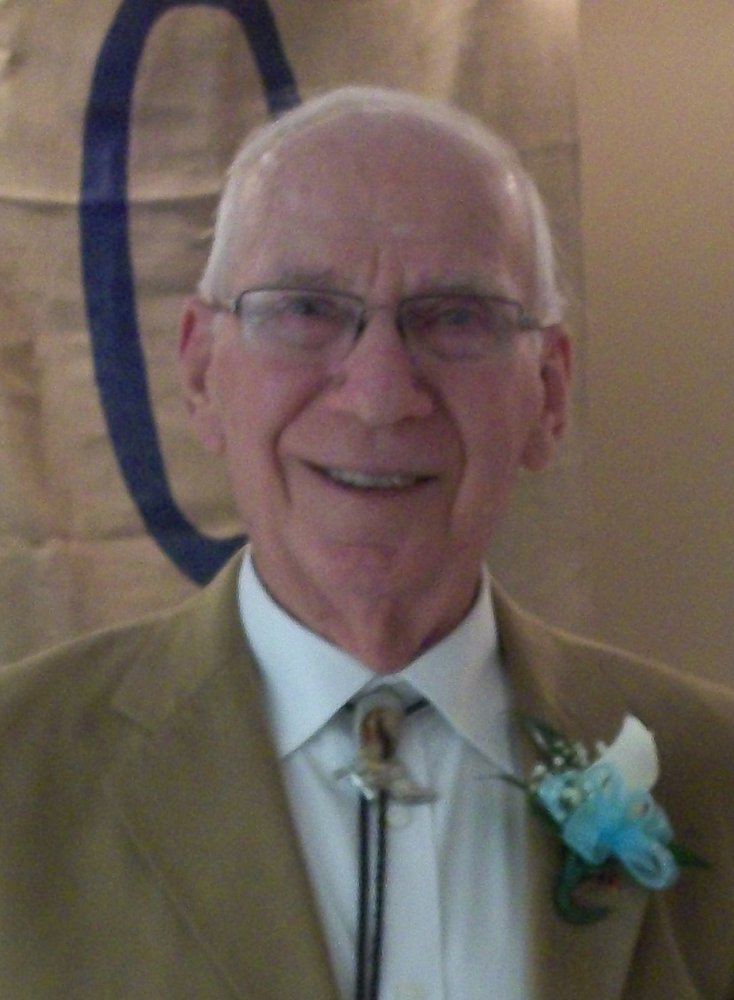 Heaven gained a precious soul when beloved husband, father, grandpa, Alvin Leroy Smith passed into glory on October 16, 2020 at his home surrounded by his family. Born in rural Palmyra to Leroy and Luthella Evelyn (Bivin) Smith, on July 31, 1929, Alvin graduated from Palmyra Community High School and attended Iowa State College in Ames, Iowa. He served in the United States Airforce four years as Staff Sergeant during the Korean War. After his term of service, he worked 35 years for the state of Illinois, most of that time as an accountant for the Illinois State Police, until his retirement in 1988. He also served twelve years on the Palmyra Northwestern school board, four years as President. Two of Alvin’s daughters had the privilege of having their diplomas handed to them by him personally. In his retirement years, Alvin enjoyed working with antiques, gardening, taking bus tours, and raising cattle, along with a menagerie of other animals, on his hobby farm. But the greatest joy of his life was his family. He never ceased to be supportive and involved in every facet of their lives. He was a faithful servant of the Lord throughout his life, serving as Sunday school teacher, church treasurer/secretary, deacon, and elder for many years at Blooming Grove Christian Church. Later in life, he moved his membership to Memorial Christian Church in Carlinville, Illinois. Members there frequently enjoyed listening to his unique style of hymn playing on the piano prior to church service. He is survived by his wife Florence (Wiese), three daughters, Renae (Bob) Ernst, Lisa (Jim) Cannon, Cynthia (Marvin) Roemer, eight grandchildren, Hannah (Andrew) Draughan, Samuel (Amy) Ernst, Grace Ernst, Mariah (Caleb) Rice, Mycah (Joe) Wardell, Josiah Cannon, Glenn and Evan Roemer, and seven great-grandchildren and an eighth one on the way. Alvin is preceded in death by his parents, and a brother, Harvey Smith. Visitation will be held on Thursday, October 22, 2020 from 10:00 to 11:00 am with funeral services following at 11:00 am at Memorial Christian Church in Carlinville. Pastor Gary Farthing will be officiating. Face coverings and social distancing will be required. Burial will be in Oak Grove Cemetery, rural Modesto. Memorials may be made to Memorial Christian Church of Carlinville.
To send flowers to the family or plant a tree in memory of Alvin Smith, please visit Tribute Store
Thursday
22
October