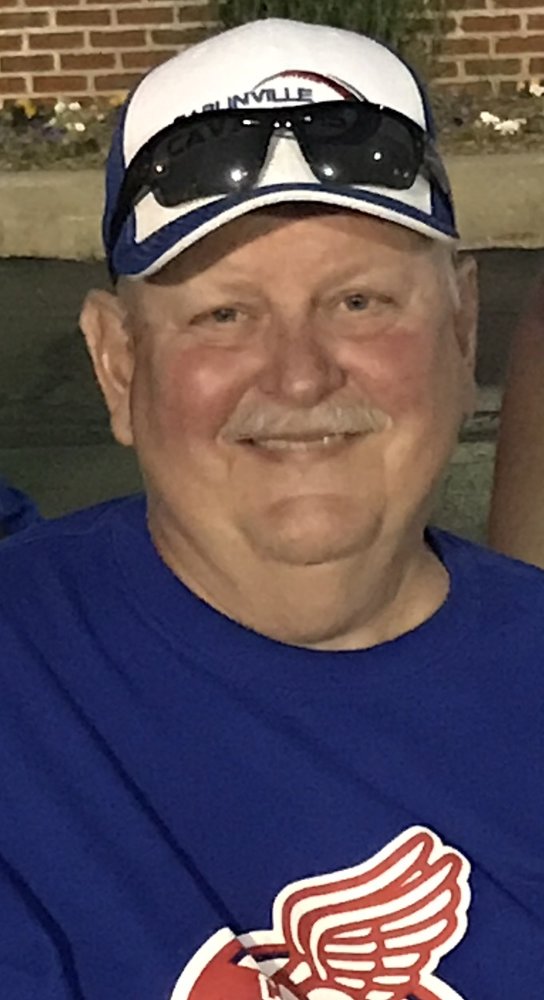 Terry L. Spangler, 74, of Carlinville, passed away on Tuesday evening, May 26, 2020 at his residence in rural Carlinville, IL. Terry was born on March 13, 1946 to Albert and Georgia (Hunter) Spangler in Carlinville, IL. He graduated from Carlinville High School in 1964 and served in the United States Navy from 1964-1968 with 2 years following in the Navy reserves during Vietnam. On September 27, 1967 Terry married Judith A. Gross. She preceded him in death on November 30, 2008 after 41 years of marriage. Terry worked as a truck driver for Straub Trucking and later for Lippold and Arnett. After years of driving, he transferred to the office and served as a dispatch operator. Terry was a member of the Carlinville Moose Club and loved to play cards. He was an avid sports fan, always supporting Carlinville athletics and was known as a very devoted St. Louis Cardinals fan. Terry was an amazing grandfather and was certainly their biggest fan. Terry is survived by two children, Betsey (Chris) Rogers of Carlinville, IL, and Britt (Kimberly) Spangler of Albuquerque, NM; 4 grandchildren, Caleb Spangler, Collin Spangler, Madalyn Rogers, and Maxwell Rogers, as well as a Great-Grandson, Dax Spangler. Terry was preceded in death by his wife; parents; 3 sisters, Helen Fones, Pearl Kessinger, and Linda Gibbs, along with 2 brothers, Albert and Lee Spangler. Private graveside services were held on Friday, May 29, 2020 at Prairie Lawn Cemetery with Rev. Katrina Palen officiating. Memorials are suggested to the Carlinville Primary School Nurse Fund.
To plant a tree in memory of Terry Spangler, please visit Tribute Store
Services for Terry Spangler
There are no events scheduled. You can still show your support by planting a tree in memory of Terry Spangler.
Visit the Tribute Store

Share Your Memory of
Terry
Upload Your Memory View All Memories
Be the first to upload a memory!
Share A Memory
Plant a Tree