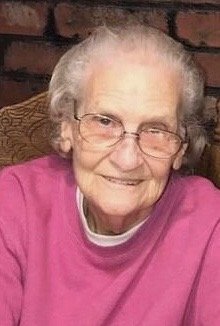 Alberta had worked in housekeeping at Carlinville Rehab. In her younger years she worked at the Carlinville Glove Factory, Tiel's Restaurant and Davenport's Restaurant, all in Carlinville, and The Gardens Restaurant in Litchfield, Illinois. Alberta loved sewing, making clothes for herself and family, quilting, and was known for her baking, especially homemade buns. She was foremost a great mother, grandmother and great-grandmother.

Funeral services will be held on Tuesday, October 22, 2019, at 11:00 am at the funeral home, with Rev. Cliff Woodman, officiating.

Burial will take place in the Prairie Lawn Cemetery.

Memorials are suggested to the family.