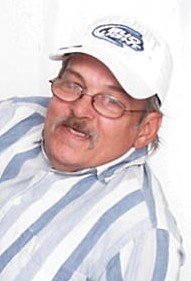 Donald Wayne King Sr., 63 of Taylorville, formerly of Carlinville and Palmyra, Illinois passed away Friday afternoon, April 12, 2019, at his residence in Taylorville, IL.

He married Dawn (Heinrich) in 2007 and they later divorced.

Don had worked as a diesel mechanic for Plaza Truck Service for 14 years and retired from A & B Truck Repair in 2011. He spent his spare time working and riding his Harley Davidson motorcycle. He was a member of A.B.A.T.E.

Donald was preceded in death by his father, Kollas King, Sr., and step-brothers, Tom and Don Tosh.

Memorials may be made to A.B.A.T.E.

Please visit www.davisandersonfuneralhome.com to leave condolences or light a candle in his memory.

Davis-Anderson Funeral Home, Girard is in charge of arrangements.