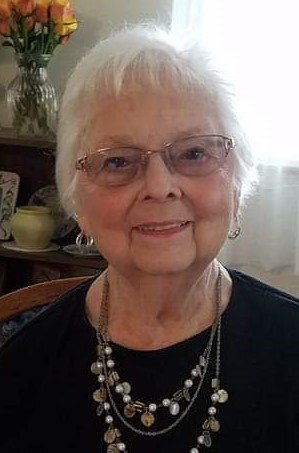 Alice was born on October 23, 1933 to William and Lela (Sarginson) Justice in Chesterfield, IL. She graduated from Carlinville High School with the class of 1951. Alice married William A. "Bill" Johnson on September 19, 2009.

Alice worked as a Trust Secretary for Bank of America and CNB Bank and Trust, retiring in 1999 after 19 1/2 years. She was a major advocate for nursing home reform, as well as organ donation. Alice enjoyed volunteering her time in the local community, assisting with the food pantry for 14 years, as well as providing volunteer work for the "Just Say No" program. She was a member of Carlinville United Methodist Church for many years and loved being a "homebody". Alice thoroughly enjoyed performing with the singing group, "Sweet Adeline's".

A Memorial Service will be conducted on Tuesday, February 12, 2019 at 10:00 am at Carlinville United Methodist Church.

To send flowers to the family or plant a tree in memory of Alice Johnson, please visit Tribute Store
Monday
11
February