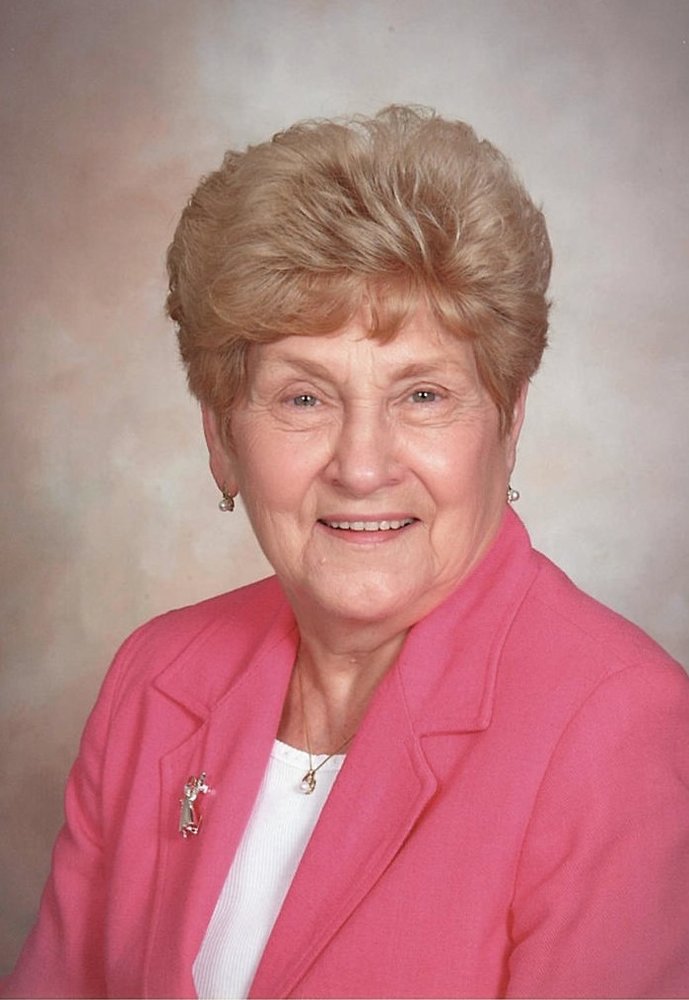 Barbara was born September 27, 1932, in Carlinville, Illinois, a daughter of Thomas Edmund and Viola Frances Adcock Jennings and one of 12 siblings. Barbara graduated from Girard High School with the class of 1950.

Barb was employed for 26 years at the State Bank of Girard (FNB) as a bookkeeper and teller, retiring in 1997 as Vice President of the bank. She was a member of the Church of the Brethren and enjoyed working as a Mary Kay Rep. She loved to

travel, go antiquing, cooking and baking. Her greatest loves were spending time with her grandchildren and family. Barb was always there to help others and will be greatly missed.

Barbara was preceded in death by her parents, husband James "Nick", four sisters and seven brothers.

Funeral Services will be conducted on Saturday ,October 7, 2017 at 10:00am at the funeral home with Rev. Marty Nagel officiating.

Burial will follow in Girard Cemetery next to her husband James.

Memorials may be made to Girard Fire and Rescue or the Alzheimer's Foundation.

Please visit www.davisandersonfuneralhome.com to leave condolences or light a candle in her memory.

Davis-Anderson Funeral Home, Girard is in charge of arrangements.

To send flowers to the family or plant a tree in memory of Barbara Nichelson-Prose, please visit Tribute Store
Friday
6
October