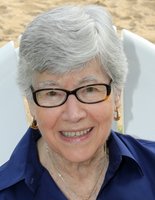 Elizabeth "Betty" Jane (Bellm) Cioni-Willen 90 of Carlinville, passed away Monday morning, May 16, 2016, at Heritage Health in Carlinville. Betty was born September 7, 1925, in Carlinville, IL, a daughter of John and Helen (Beasley) Bellm. Betty graduated from Carlinville High School with the class of 1943 and worked as a Dental Assistant. She married Joseph Cioni, April 10, 1950 at St. Mary's Catholic Church in Carlinville. He died October 2, 1989. Betty later married Henry Willen, May 20, 1995 at Ss Mary and Joseph Catholic Church. Joe and Betty owned and operated the Cioni Grocery for 37 years. She was a member of Catholic Daughters of America and served as Worthy Grand Regent. She was also a member of Carlinville Area Hospital Auxiliary and volunteered for the Auxiliary Blood Drive. in 1989, after her first husband's death, she was asked to fulfill his term as a Carlinville Township Trustee, becoming the first woman to serve as a Trustee. She served in this role from 1989 to 2013. Betty was a woman of faith and was a member of Ss Mary and Joseph Catholic Church in Carlinville. She was an avid reader and one of the last books she read was War and Peace. Her review of the book was that there was too much war and not enough peace. In keeping with her feisty and independent personality, she chose to bring in her 90th year as a red head. She loved playing cards and belonged to a Bridge Club for 40 years. She had a wonderful sense of humor and loved telling jokes. Betty enjoyed making Christmas cookies and candies and sharing them with family and friends. Betty loved nature and enjoyed fishing, bike riding, feeding her birds, boating and gardening. But most of all, she loved her family and cherished the time spent with them. We will love and miss our wife, mother, grandmother and Gigi forever and always. Betty was preceded in death by her parents, first husband, Joseph Cioni, sister and brother in law, Helen and Larry Dworzynski and sister and brother in law, Barbara and Ed Griesbaum. Visitation will be held Monday, May 23, 2016 from 4:00 to 7:00pm at Ss. Mary and Joseph Catholic Church in Carlinville, IL, where a Mass of Christian Burial will take place, Tuesday at 10:00 am at Ss Mary and Joseph Catholic Church. Betty will be laid to rest in New Calvary Cemetery next to her first husband Joe. Betty is survived by her husband Henry Willen of Carlinville, IL, daughter, Ann (Jeff) Hamer of Somonauk, IL, son, Joe (Barbara) Cioni of Lebanon, IL, son, Tom (Jayne) Cioni of Staunton, IL, daughter, Jane (Tim) Napier, of Mauston, WI., step-son, Mike (Jan) Willen of Jacksonville, IL, step-daughter, Linda Willen of Springfield, IL, grandchildren; Hilary (Brian) Herold, Gabe (Sarah) Hamer, Andrew Napier, Carmi Cioni, Aaron Napier, Clare Cioni, Tommy Napier, Evan Cioni, Annie Napier and Maria Cioni, step-grandchildren, Shannon Fehrholz and Sean Willen, 5 great grandchildren and 2 step-great grandchildren, sister, Anna Mae (Jim) Rives of Carlinville, IL, brother, John (Dorothy) Bellm of Carlinville, IL, brother, Earl (Joan) Bellm of Carlinville, IL, brother, Albert (Frances) Bellm of Daytona Beach, FL, brother, Gene (Jeanine) Bellm of Carlinville, IL, several nieces and nephews. Memorials may be made to Carlinville Public Library, Ss Mary and Joseph Catholic Church or Catholic Charities of Carlinville. Davis-Anderson Funeral Home, Carlinville is in charge of arrangements.